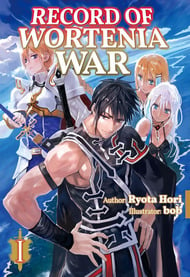 Ryoma Mikoshiba, an ordinary high-schooler adept at martial arts, one day finds himself summoned to another world. The ones who summoned him, the O’ltormea Empire, cite the fact that 'when those summoned kill another living being, they can absorb a fraction of their strength and make it their own' as their reason. But upon learning the empire uses those they summon to strengthen themselves by foul means, Ryoma is consumed by hatred and slays an important member of the O’ltormean court. Attempting to escape the Empire's borders while keeping his identity a secret, he is accosted by two twin sisters— one golden-haired, the other silver-haired— in a meeting that sets the gears of fate in motion. The curtain rises on a record of the wars of a young supreme ruler in this other world fantasy!

496 users are tracking this. Log in to see stats.

As most light novels out there this one has it's pros and consFrom a narrative point of view, the author describes things and sets the foundations to events making it a very coherent and consequential story, this brings some pacing issues at times and it can also be redundant with the explanations and Ryouma's monologues (a problem too common in web novels unfortunately). It's also quite mature, for example, slavery is taken very seriously and brutally depicted. War is likewise way more deep than most novels I've read and I'm not qualified to judge on how accurate it is but the strategies, action and counter-action and conditions of each battle are both well explained and executed. It also doesn't go (so far) on the harem route, the two females are also mature and don't frown on him nor impose themselves on him, not to mention that for a change it makes sense that they would want to throw their luck and bet on him for their future (for those who come from the manga, the girls here are not pushy nor needy nor interfere in Ryouma's life when he for example goes to a pub and sleeps with the waitress). Which brings to the next point, Ryouma treats women as women, he's not the classic idiotic virgin that gets a nose bleed when a girl talks to him and has 10 beauties asking him to have sex with him and he is either oblivious or too shy about it, Ryouma for a change he has relations with some women and in an adult fashion.Yet for all the attention to detail, is at times inconsistent, for example, summons are random and from earth as a hole yet each and every summoned person is Japanese, if the author was going to do that then was it not better to just restrict the summons to Japan? That would also solve the language issue, otherwise all earthlings just speak and more importantly read the isekai language which needless to say, can not be the same as all languages on earth. Also some characters act are presented in one way but later in the story act completely out of character, I won't get into it to avoid spoilers. Same goes for the story, the author seems to be loosing interest or steam as he progresses and the logic and consistency ain't as sound after volume 4. And as the guy below, Jandalman says, the output of the author is slow, very slow, there is with luck one chapter per month and I'm not talking about the translation but the official JP release.As for the story, there ain't much to tell, MC goes to an isekai, he's been trained by his grampa to kill or be killed so when he's about to be made a slave he strikes preemptively and kills the summoners. There is a leap of faith that need to be made to accept this at face value but all fantasy stories demand such leap, that the author made it at the start and is thus a defining quality of the character makes it an easy one to accept for me, others will disagree. MC then tries to forge his life in this world and without spoiling much, he gets a purpose after finding the treatment his fellow summoned (Earthlings?) suffer and gets a fiefdom. Simple but well presented.Overall, I like this one quite a bit if you haven't noticed, it's a good story, presented in a solid and consistent way (which I value highly), with real characters and a believable world. The bad, imo, is the pace and the aforementioned lose of steam on the part of the author which introduced some inconsistencies and "not so mature" aspects later on. I'm waiting for volume 6 to end to read it in one go, I hope it gets on track in it but it might as well get worse. 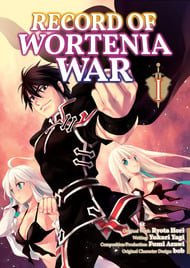