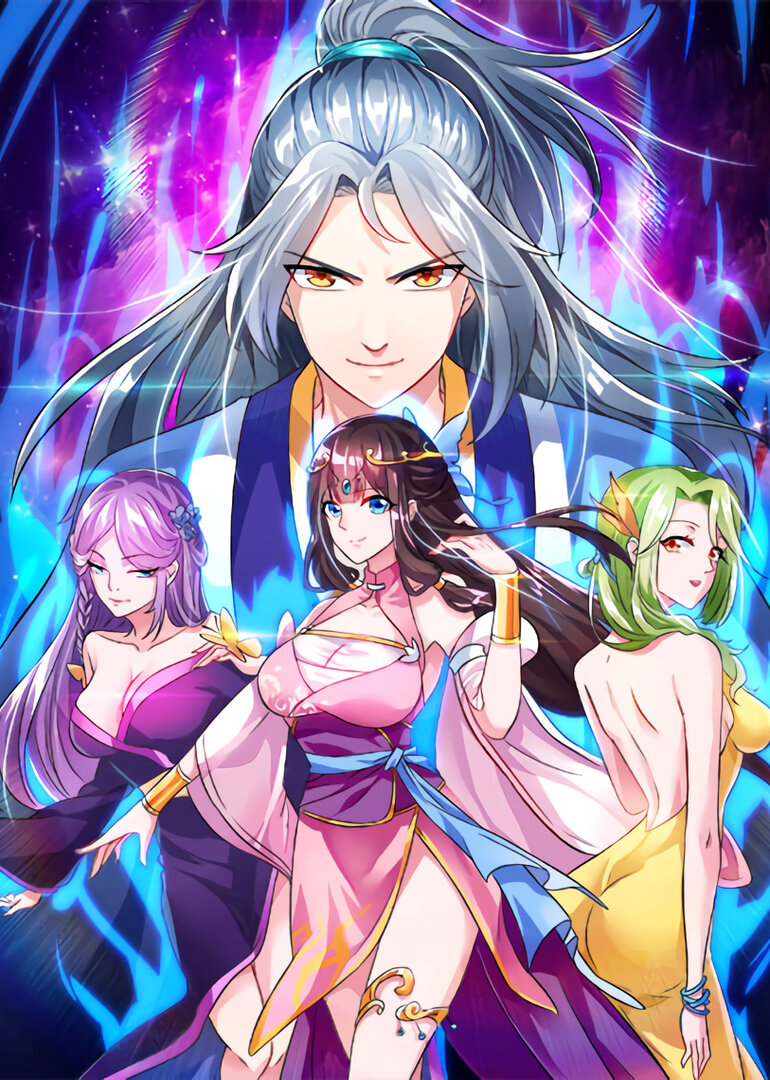 They are similar in ways... they both are reborn in the future, they slowly get stronger and defeaat their enemies... I redcommend this manga because the have a lot of similarties and plot is so addictive to read

both the mc is released from the underworld or prison both are overpowered and harem. in both series, they will form their teams

in both series, mc is betrayed

That's an manhua about cultivation way better, the main characters starts the manhua really weak, and while the time pass he become stronger and stronger.

Same story the MC whips out more UNO reverse cards than there are cards in the deck.

If you want to see someone who has been reborn and proceeds to thoroughly wreck everyone and anything while still somehow being viewed as a weakling than this is it chief.

Qin Chen, a legendary figure of the Tianwu continent, has unexpectedly fallen into Wuyu due to the betrayal of a friend. Three hundred years later, he was reborn as an illegitimate son of a marquis and is constantly bullied. He used his accomplishments from his past life like spiritual techniques and pill refinement to rise to the heavens. He will embark on a shocking journey that will astound all the lands.

Ye Ming, the rising star of Family Ye is regarded as a genius among his peer cultivators. But he was schemed by his jealous cousin and the latter cut his meridians, crippled his abilities and hamstrung him ruthlessly. But Ye Ming never gives up because he'd sacrifice everything for take revenge for his deceased parents who were murdered by Family Huang. But he doesn't know that he is considered a pain in the neck to Family Ye and a big conspiracy is looming out of the darkness...

The peak cultivator of his era was reborn under a scheme. Using his experience from his past life, he trampled over geniuses and experts, usurped gods and deities, to take back what was once his.

Qi Condensation. Foundation Establishment. Core Formation. In the current world, only these three realms are known to be achievable. While cultivation remains a secret practice, it has long since exposed itself to the mundane world, quietly intertwined with each facet of society. While the world appears to be at peace, what lies underneath is a conflict between human, cultivator, and demon, brewing for ages and waiting to implode. Yet in the wake of humanity’s rapid industrialization, qi - and consequently cultivation - is dying. Besieged on all sides by demon and human, Xu Yangyi strives to reach the apex, armed only with esoteric knowledge and his cool pragmatism, and to avenge the unjust deaths of both his parents. Embroiled in conspiracy and with adversity waiting at each turn, he is undeterred in his conquest to seek the Grand Dao and break free of this world’s shackles, claiming his title as the pioneer of an era!

After dying a tragic death, she finds herself reborn, reborn into a body with cultivation ability that defies the natural order. An arrogant queen, the favored consort of the King: This world is cruel and dangerous, so I will make the world my enemy. Fate is hard to defy, so I will start by defying the here and now!

Other people shut themselves in to cultivate while I run my business and strike a deal. People mock my metallic odour, but watching their pride and honour fall as they kneel down trying to haggle is my happiness. My road to success will come using gold, silver, and jade!

Xuan Qiu Tuo finds a heavenly scroll that will return him to the world where he died—a world where his father reigns supreme as the Demon King. The only catch: Xuan Qiu Tuo is brought back in the body of the recently deceased Su Yun Lan. Armed with both the Heavenly Scroll and the Demonic Possession, the secret cultivation technique of the Nine Hells Clan, a new and improved Su Yun Lan is out for the King’s head and the Princess’s hand in marriage.