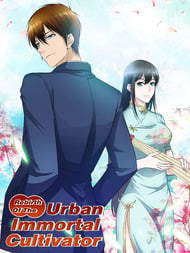 The story gets pretty repetitive with the same scenario over and over, but it at least kept me reading until chapter 256... There was a translator change and they have no idea what they are doing. They basically put it through Google translate and leave it at that. The translator before wasn't perfect either but they did it so it was good enough to still enjoy. Is recommend looking for a diff manhua to read if you dont wanna be disappointed in latter chapters.

It was interesting at first, however the mc become so arogant and nothing can harm him at all. He is fearless when facing powerful people but then he was chased by mortals of government of japan.  There are too many flaws of the story but the worst part is the scenario gets repeated.. And every he spare every woman and become his harem...   I said that there are too many flaws too mention so ill mention atleast the first.   It was in the early episode(5) where he met her cousin and he said that the male boy (yang chao) "yang chao is one of my greatest enemy" he said but then nothing hapens and he bacame a part of their gang.. So why did he even mention greatest enemy?...

***SPOILERS BTW*** Alright to start off, I'm really enjoying the Rebirth of the Urban Immortal Cultivator. You have Chen Fan or "Chen Beixuan", A Peerless Genius (Most of this is from a wiki btw) that reached the Rebtribution Enduring Stage [CULTIVATION EXPLANATION] --> (Trust me, the Cultivation stages are going to be very confusing as you read it, they use different names for the same cultivation stage alot because of the different translators every single time a chapter is translated. From My Understanding, in Earth (Not Immortal) Cultivation you have Outer Strength, Inner Strength, Sublimity Master, Grand Master (Or called Transcedent Sometimes I believe), Divine Realm (Or God State called sometimes), Human Immortal,then Earth Immortal (Thats where you ascend to Heaven and start cultivating as an immortal n stuff). Each Cultivation like the usual Martial Arts Comic will have the Usual "Early, Middle, Late, and Peak Stage (Realm Here).) I'm not even gonna try to match the Immortal Cultivation Stages to the Human Cultivation stages, shits too confusing. Back to the story, Chen Fan died while during a Divine Retribution when trying to climb to a high stager cause of his lack of a solid foundation. He reincarnates back to his old self (Around 16 I believe, he died at around 500 years old I think) on earth. Then for the rest of the story, NO JOKE, he quite literally beats the shit out of everyone that even tries to provoke him in anyway possible. He cultivates the "Divine Technique" from what I read in the latest chapter that makes hims able to beat others on a higher stage than him which is quite rare because for the most of the story because he's usually on the same stage as or better than most people be beats the shit out of. He mostly uses the "Apex Martial Arts" or however it is called (cause changes name like 1000 times throughout the manga). Sometimes he just pulls some random techniques out of his ass, such as the "Void Vibration" on chapter 287 but honestly thats probably him knowing a countless number of secret arts throughout his cultivation as a immortal.  He establishes his Bei Qiong Sect later on in the story and becomes apparently one of the strongest factions in the world just because they have (excluding Chen Fan) 2 Divine Realm Cultivators and 10 Grand Masters. Also they have have lots of pills, herbs, and has connections with companies so that money is no problem. Of course a reincarnation story always has its harem but his main love interest is Fang Qiong (The girl that he marries early on). Chen Fan is very arrogant and respectfully so because literally no one can challenge him and he has 500 years worth of immortal secret arts and cultivation methods within that brain of his. Usually in the story you have a character that underestimates him and then gets obliterated, or have a Fight that lasts a couple chapters if the're a well known cultivator.  This is a trend that extends throughout the story and this trend probably won't end. Although when it goes into the 200's he starts to gain a notoriety and people usually know the name "Chen Beixuan, the Strongest in the World" and is on the God's list (A list of people in the Divine Realm in the world, this list gets shorter due to a certain someone *COUGH COUGH* mc *COUGH COUGH*). Often there is people calling his fights with very strong earth cultivators "The fight of the strongest" but usually he ends up fighting people stronger so it actually isn't the fight of the strongest. (Just the fight between really strong people).Art is surprisingly consistent throughout the story unlike some Manhua *Cough cough* Apotheosis and Metropolitan System *Cough cough* and its alright Characters are usually one of the three: Arrogant, Submissive, or Respectful. Its usually just people being arrogant but being taught that they aren't stronger than almighty chen beixuan and becoming submissive, then respectful if they're not dead. Chen Fan is hella merciless and Tens of thousands (I think he killed like an entire city I believe).  Currently the chapters are on 296 and its caught up to the raws.. for now. 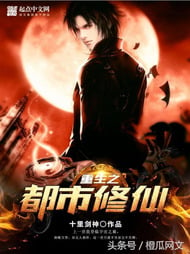