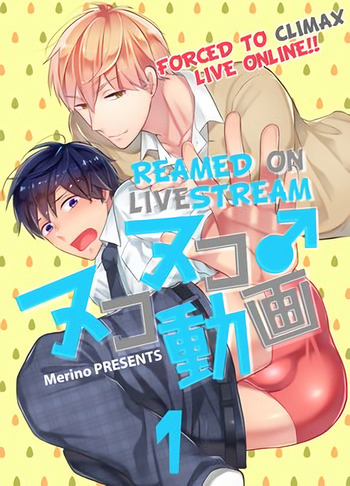 If you're looking for manga similar to Reamed on Livestream: Forced to Climax Live Online!!, you might like these titles.

Mimasaka-san is hiding a big secret that will lead to his perdition... when Kagaya finds out and makes use of it to catch him.

The everyday life of college student Yuri takes a sudden turn when her father is involved in a fraud scandal at a large enterprise, the Kagami Group, where he serves as a section chief. The company president, Yousuke Kagami, finds out about the incident and promises not to publicize it, under one condition: Yuri has to come to his house to work as his "private servant"...!!

Nanao Shuuji left his hometown where his family runs a well-known chain of supermarkets, and became a part-time teacher at a cram school. One day the son of his father’s mistress, Takatou Kazuomi, appears before him. Shuuji once confronted Kazuomi’s mother, and also injured Kazuomi as well. Kazuomi made use of Shuuji’s weakness in order to keep getting financial aid from his father, and ordered Shuuji to help him, while blackmailing Shuuji with a particular photo…?!

Takamichi is in love with his best friend, Tokiharu. One day, Takamichi gets drunk and rapes Tokiharu, thinking that it's just a dream. But was it really a dream?

The male and female leads have been unable to have sex for years because of traumas suffered when they were younger: the man at the hands of a teacher, and the girl at the hands of a relative. Now these two have found each other and are attracted to each other, but because of their pasts both have trouble finding a way to consummate the relationship.

Arrogant senior Tokiwa is granted a golden opportunity to take advantage of a special someone he’s had his eye on for ages – his smart, unassuming teacher! But will their secret trysts ever grow into a full-fledged relationship? What will it take for a humiliated servant to actually want more from his sadistic, dominating master?

Atsuki Tajima needs a job to help his family. Following the advice of his friend, he goes to an interview with the president Fujikura, that manages a big company. But the poor Atsuki doesn't know that the director wants to give him a strange job...he has to become his lover!! What will happen between the two men?!

Playboy Maya catches studious Nemugasa cheating on a test and, to ensure his silence, blackmails him into doing whatever Maya wants. Twice a week, Nemugasa must go to Maya's room for some steamy action, but as dense and oblivious as Nemugasa is, he fails to notice Maya’s true feelings for him. With college entrance exams around the corner, Nemugasa must focus on his studies, but Maya won’t stop distracting him, causing him to finally snap! Can a relationship built on blackmail ever become something more?