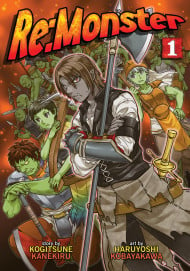 It's an interesting plot but execution is poor. It morphs into this power fantasy complete with underdeveloped characters and arcs. The writing and storytelling are mind numbing, in the sense that it just lists the main character's life instead of telling an interesting story. The fights are lackluster because of this, along with literally everything in it. Moments that are meant to be wholesome and cute are also ruined by this.  (SEMI SPOILER HERE) The forced romance is actually painful to read. Even in actual romances, they don't add such cringey bs, but here the main character gets a power up due to the wife loving him from the bottom of her heart and it's so forced, considering the fact that they a) have no personality  b) we never see them in an actual conversation with MC Unfortunately, this is not limited to the romance, it is weaved into every aspect of this story.  I think you should read this if you're bored. The concept is interesting and it's not wholly awful. This review is particularly negative because I really didn't like the storytelling and how cringeworthy the romance was.

first off, this is my FIRST review of any type. so take it easy with me, and at me, yeah?  lets start with the basics. Start/Intro: it frakked with your mind a bit, since there really wasnt much to go off of. and didnt expand on what it started with. it seemed that it started at an end of a story, and imediately went too a similar storyline. as to what happened with the transition between the two, it went pretty smoothly. the MC from the short ending storyline slowly became more aware of the similar storyline, and that as he started to realize what was going on, he imediately realized the difference, and he wasnt "at home" anymore. after that, is where it gets down to buisness. (SPOILER) this motherf**ker is a tiny ass goblin! but this goblin is not like any other ordinary goblin. he actually has intelligence, intelligence from his previous life. he uses that previous lifes' knowledge to help him survive the coming days as a goblin. and its not any other typical survival genre. there is an RPG-like element too it. aka kill and eat (survival) earn the reward of what the animal/thing had (still survival) but, where i think the RPG-like element is, within himself, or more specifically, his stomach. the MC (i probly should use his name... goblin rou) has the ability to digest anything he eats. and when he eats and digests, he learns abilities, crafting, and language, along with other variants. and with that, they can level up, and eventually evolve into... something better than a goblin. :P (END SPOILER) with that said, there really is not a storyline, but it is very interesting as to how they progress. Art: I've always sucked at explaining whats good and whats bad in terms of art. most of all the art that i have seen, has always looked good to me and i appreciated someone took the time to draw it out so it isnt like a bland book.  it doesnt look terrible at all though. it puts the surroundings and what everything looks like into your mind, and for something like this. its exactly what it needs to do. characters: goblin rou: MC goblin kichi: supporting gobbi-chan: supporting those 3 are within the first two chapters, and it sticks with them for awhile, then it introduces some more around chapter 7 or so. in that given time, it elaborates on these three as to what they can do., and how they work together. (i also suck at explaining characters... ;-;)

Welp, this is my first review. Honestly, this manga is interesting. We start off with the main character. A psychic with a rare ability, rare even among psychic abilities. This power allows him to eat anything, and gain abilities from the things he eats. As a result, in his life, he had eaten even other people, if they were evil; this was to gain their abilities.  The manga starts off with him reccounting his death, discussing how a young gilr he knew, that never seemed dangerous and was quite innocent, had stabbed him to death with a powerful knife that inflicted him with electric shocks. After his death, he had awoken in a new world as a goblin; one of the weakest races. He learned this much from the elder of the goblins. Though he began life as a baby, within a day, and many naps, he'd gradually grown through the stages of life up to young adulthood.  Although he does not possess any of the abilites he had gained in his previous life, he does still have one. His psychic ability to gain abilities from eating. Also, due to his previous life as a human, he retains his knowledge and intelligence. This makes him smarter than most of his race, since common goblins tend to be stupid, but strong.  He is befriended by another goblin, lacking intelligence, but making up for it in strength; Goblin Kichi. He decides to make his new friend a pawn, as he gets stronger, but soon; through hunting, and becoming greater than all among his generation, they become true friends. He learns to see Kichi as an ally, and eventually, even a true rival. This manga tells the story of one former human, beginning a new life and bringing his race, known as one of the weakest, to becoming a feared and respected race. He introduces aspects of leadership, military, order, as well as compassion and rules. He befriends other races, while at the same time seeing no problem in eating an enemy of any race including his own, if he needs to gain abilities. Though he starts as weak as any other; He becomes a leader of great strength. Stronger than most will ever become, regardless of race. The art is kind of normal most of the time, and although the character all look different, they aren't really unique. Yet.. I still seem to love everything about this manga.