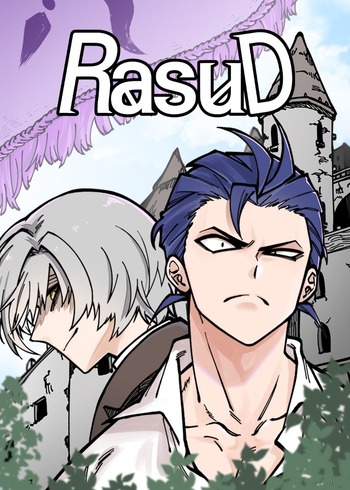 The one with the title of “Soul Ark” holds the world in their hands.

It’s the age of magic; a world where magic idols prevail. In these extraordinary times, an ordinary idol group called Star One is suddenly gifted with magical powers. And with these magical powers, a mysterious enemy appears. The once unpopular idol group finds themselves tasked with saving the world. Will they be able to take on this enormous responsibility to restore peace?

Jeok-yeon, the 4th prince who gladly chose a path that goes against the fate that was set. Participate in an open contest for the throne that can become the immortal god. Twenty princes, one throne. Amid the sharp confrontation, an old conspiracy slowly takes off it's veil and unlike what is known to the public, the gazes of the enemy who gradually stand out are somehow deep and deeper... An epic of love and hate that blooms splendidly around the prince of Myo-ryeong.

ASURA is the champion of the hot hells, but there's no one left for him to fight anymore. Then he hears Indra, the strongest being in the world,has appeared...

In a world where people called "espers", who can use supernatural powers, exist. "the nightmare of valeran" embarks on a task for the truth.

A story about an endless war between wizards and magicians. A revolution to save the fallen Neverlanding begins.

“A test to become a ‘pure one’ and prevent the world from ending begins.” A world that doesn’t even have 10 years left before its predestined end. Because of Hwanung’s curse 90 years ago, the only way to save the world is to pass the military service examination held every 3 years and be recognized as a ‘pure one’. Through a twist of fate, the pessimistic, apathetic high schooler Jerry whose only pleasure in life comes from making mother-of-pearl lacquerware ends up taking part in the military service examination. Among the crowd of people also living out their own fates, he awakens his true potential…!

Sahwacheon is a powerful swordsman with unmatched skill in a fight. After rescuing a girl from kidnapping, Sahwacheon gets into trouble with feuds between families. An intensive story of a Swordsman on his dangerous journey to survive in the red light district!