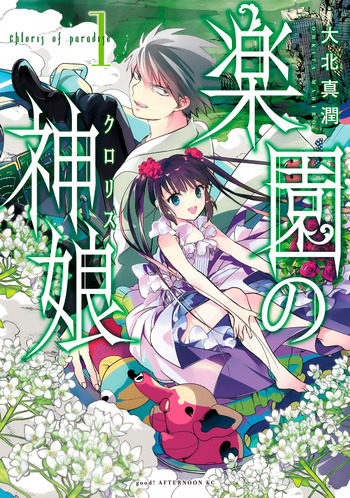 There are countless alien beasts (BEMs) inhabiting the planets at the edge of the universe. Sword Lann is a "Bem Hunter" who captures Bems alive on comission. Sword is off to deep space again in pursuit of another dangerous BEM!

After his last battle, Tetsuo returns to Earth for the first time in ten years, but instead of the Earth he knew, what awaits him is a foreign new landscape: one that is completely engulfed in snow and ice: a ‘Snowball Earth’! What has become of the human race? What was the actual outcome of humanity’s battle with the monsters? And will Tetsuo be able to fulfill the promise he made to Yukio?

In the world of Sarai, mass flooding has wiped out Japan. Due to an abnormal genetic trait people in this land rarely live past 16, and when they do, they become hideous monsters. Order in this world is almost non-existant. One of the last forms of protection left are the warrior maids, bodyguards for hire. They will do literally anything for the client, and are hired as protective slaves. Sarai Kannagi and her partner, Flicker, are two of these. In their adventures they fight humans-transformed-into-giant-rock monsters, hairy arctic people, and other abominations of the future barren world.