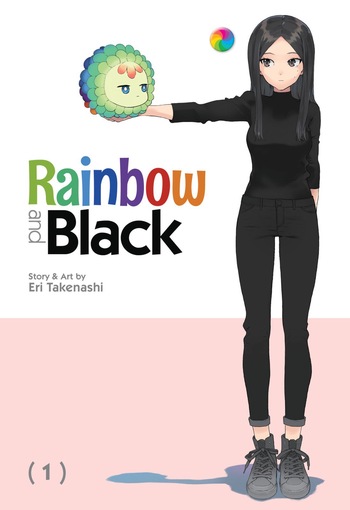 SPOILERS for a strange little manga. It’s about an uptight college girl who adopts a strange bird like creature (it talks like a parrot but with a human face) that helps broaden her horizons by being a needy, niche pet that is cute and silly. And the first two volumes were just that: cute and silly.

Then in volume 3 things take a sudden turn for the romantic, dare I say sexual. And I don't mean between the protagonist and another human. And no, the creature doesn't get any bigger. Not that him being human sized at the end of the story would make the situation less bizarre, but one can't help but ponder the conjugal challenges of being a bride with a groom the size of a honeydew. This isn't something I wanted to ponder, so I've given this manga a less than perfect score.

I can throw in the other review-ey comments: art is terrific, the humor really lands, especially the faces that the bird creature makes, the characters are all quite charming. But I'm mostly here to caution everyone that the last third of the series goes to a pretty strange place that you probably weren't expecting based on the vibe of the first 2 volumes. But maybe the clues were always there and I'd notice going back and reading it all a second time. I'm not going to do that, though.