Ragnarok: Requiem for the Lost Ones - Recommendations 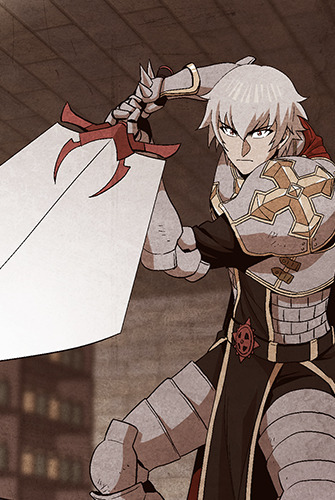 If you're looking for manga similar to Ragnarok: Requiem for the Lost Ones, you might like these titles.

In the distant future, people live in abundance in the Retreats, a so-called Paradise on Earth. This prosperity is made possible at the expense of an impoverished underclass in the surrounding slums of Brine, who must either serve the citizens of the Retreats or fight in the dreaded Battlegrounds for a shot at becoming a Retreats citizen. For Brine resident John Canty, whose father and grandfather died in the Battlegrounds, the desire to rise to the Retreats seems like a hopeless pipedream. All that changes when his new job takes him into the Retreats and he encounters Edward, a boy who looks identical to his own son Gable…

The Legend of Zelda: Ocarina of Time 3D