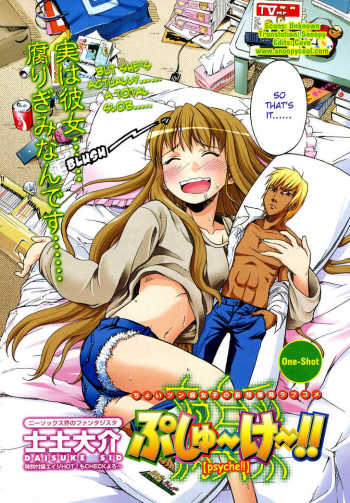 A fujoshi OL goes to a doujinshi event so she can meet the author she admires; that author also was waiting to met the OL because of her twitter comments talking about how much she loves the doujinshis the author made. But when the OL discovers that the author is a high school student, and the author finds that her fan isn't around her age, but an adult woman, some problems arise.

Together with Ken, her childhood friend, Yukari starts a manga duo, "Abiko and Fujimoto"! Since they were in junior high school, two of them have always been creating doujinshi that never really sell. Yukari has always liked Ken more than a friend, but it is probably doomed to be an impossible love considering the prideful and sadistic Ken never even praised her manga at all! Can Yukari win his heart with her drawing skill?

Otaku and Fujoshi—natural enemies that fight ceaselessly online but ignore each other in real life. But for this otaku and fujoshi who eventually marry one another, this is their love story!

Can a Group of young, borderline-talented artists churn out their independent comics before the big festival? Will they ever have a hit? And more importantly, what yaoi couple will they draw?

Alex, Sandy and panty-stealing pet hamster Echiboo have survived an entire semester of unspeakable tortures at the hands of five crazed yaoi fangirls. Now the whole gang is off to the anime convention Hatsu-Con where sparks fly as the Aoi House gang comes face-to-face with their bitter rivals: “They-Who-Must-Not-Be-Named!” Nonstop craziness and fan service abound in Aoi House’s most outrageous adventure yet–“The Great Con Caper!”

Ever wonder what Yaoi-Con is like from a mangaka's point of view? In 2011, BL mangaka Fusanosuke Inariya attended Yaoi-Con as a guest of honor. Read this manga style report about her personal experiences on what she saw and how she felt. There's plenty of fun as East meets West in this fujoshi fueled article!