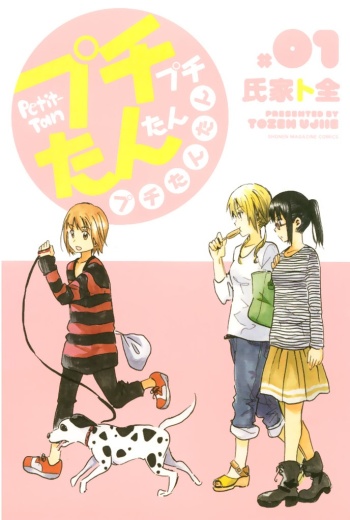 If you're looking for anime similar to Puchi Puchi Tantan Puchi Tantan, you might like these titles.

The story of Mamekichi Mameko NEET no Nichijou follows Mameko, a NEET ("Not in Education, Employment, or Training") young woman who lives with her dog Komachi and her three cats - Tabi, Simba, and Mero. "I'll do my best...starting tomorrow!" is Mameko's motto, and her daily life is a little bit normal, a little bit fun, and a little bit strange.