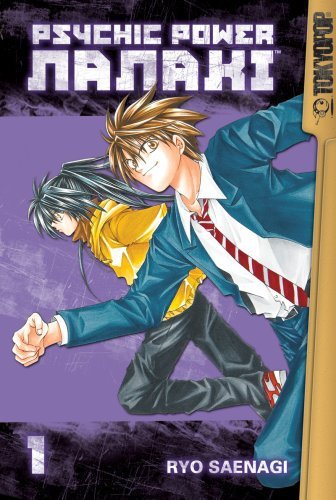 Tokiwa Kanenari likes to masquerade as a substitute science teacher, but he's actually in the business of dealing with the spirit world. And there are spirits in all sorts of things around him, from amber necklaces to unfinished paintings and even abandoned satellites.

Sawatari Ai is an insatiably curious high school student. One day, she notices that a boy named Akizuki Tooru has joined her class, but according to her friends, he's always been around! He was a childhood friend of hers, so why doesn't Ai remember him? But the weird thing is...Ai's memory lapse isn't the only weird thing. She's about to be faced with hyper psychic action!

A string of high school students have all been mysteriously murdered by being burned to death upon where water was evidently present. Junior High student Shirogane, a PSI (Paranormal Special Investigator) officer, takes action to solve this bizarre phenomenon. Upon questioning possible suspect Kirisaki Kirio, she discovers that he has the ability of electrocution! What other things will Shirogane unravel while dealing with this case of murders?

The Kirihara brothers were abandoned by their parents because of their psychic powers. Since then they have lived in a laboratory within a barrier-protected forest. One day the barrier breaks and they manage to escape from the laboratory.