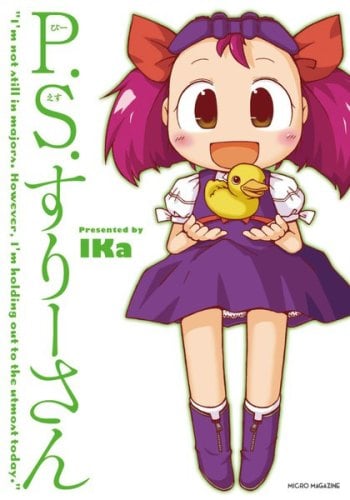 Hououji Yuu is a high school closet otaku, and is also the sole heir of the very rich Hououji family. She needs to keep her hobbies secret from others because that would end up ruining her family name. Because of that, she has always kept her distance from maids. Until one day, she meets her personal maid Masaki, who happens to be her favourite doujinshi artist!

This is a story that takes place in a certain prefecture in the north. In contrast to the few daylight hours it gets, its people are cheerful if a bit eccentric. Among them is Akita, a horned girl. A naturally argumentative and positive child, she lives happily every day. Spicing up her life is Asahi, her slightly odd childhood friend, and Komachi, a city girl who isn't quite used to life in the prefecture yet. There's also Akita's older sister, a member of the Girl Scouts.