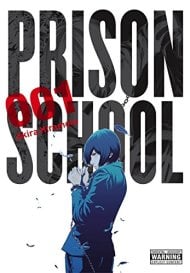 Prison School is one of the incountless stories that treat sexual harassment as a form of entertainment rather as the serious subject matter that it is. I'm not some religious prude, but it doesn't hurt to write consensual sexual relationships, does it? However, I can give a pass to Prison School since it's supposed to not be taken seriousy, unlike those poorly written romances. The premisse is about five boys who are the first males accepted in an all-girls school, but they're too pathetic to talk to the female students normally, so they decide to spy on them while they're showering. As a result, they're punished by a secret student council and are imprisoned. Yes, there is literally a prison inside a school. This is another manga cliché I hate: why does everything have to happen in a school? Why couldn't the story just be about adult losers being arrested in a real prison?  From now, we follow the journey of Kiyoshi and his friends enduring the abuse of the members from Underground Student Council and trying to come up with a plan to be released, while also having to conciliate their prisoner duties and their personal life. I wasn't expecting too much after reading the first chapters, but Prison School actually does a great job at being humorous. It has a lot of hilariously misunderstandings and absurd situations that are treated so seriously by the characters that you can't help but crack up. Despite the absurdness, there are some times where you actually take what the characters are going through seriously, and do end up feeling bad for them or respecting them.  Now, about the ecchi part. I think Prison School works better as a comedy instead of ecchi. The sexual scenes are just too gross for me to enjoy. Golden shower and transpiration are two recurrent themes in the story.  By the way, it was kinda disturbing and uncomfortable to see minors having such explicit sexual actions. That's a little hypocritical of me. It's not like I take manga too seriously, but the art is just too realistic for me to ignore the fact they are just teenagers. Prison School  is only great until the correspondent chapter of the ending of the anime. It does have some good things going on after that, but the bad aspects surpass them. This manga was dragged for too long. And it gets concluded in an unsactisfatory way, leaving many answerings unsolved. I wasn't mad about the plot twist, after all, this manga never was serious. I was mad about the fact many plots didn't get finished.

Think of if luke joined the emperor, hasn't killed darth vader yet and it ended before we saw what happended the the rest of the gang, best way i can describe it. Still in shock the author would troll his audience in the very end; ruining the story deliberatly. I dont know what to say then I got invested in my beloved characters just for all of the worst possible ending.

Last updated 3rd of December, 2016. Kangoku Gakuen, or in English Prison School is a manga known for the ecchi stuff, and was for me a surprisingly good manga. The story happens in a school that was up to last year an all-girls school. Now, for the first time, there are male students too. However, their numbers are overwhelmingly... low, with only 5 boys vs  over 1000 girls. When the boys are caught peeking on some bathing girls, an old tradtitional punishment of the school is used to bring them back on the right track: for one month, they will be sent to the school's prison! What follows is an actually really good story, that gets ignored by tons of people because of the overabundance of panty shots, sweating genitalia and other ecchi/sexual stuff, which makes it hard for some readers to remain motivated to keep reading (although others might like it). I can deal with some pantyshots, but showing panties and sweating thighs while the girl is just talking is a little over the top - even in my book. The huge amount of "ecchi" content might throw of some people, but I would argue that the sexual content gives this manga lots of opportunities to create a lot of funny moments, and Prison School redefines the concept of "ecchi comedy": instead of the lame or cliché jokes you've seen tons of times already, like "trip and accidentally grab her boob or see her panties", we are served fresh jokes - although they won't always smell all that fresh, I imagine. Although the actual plot seems to wander off in the background, behind all the jokes and obscenities, it is actually well thought out: it flows naturally, like the drops of sweat on the thighs of the vice-president, and leads us from jokes to dramatic moments and back to the jokes. It's actually quite hard to describe how it remains this good while getting buried in boobs... The only problem I have at the moment is that the current arc has been drawn out for way too long already. This "battle" has been going on for over 30 chapters already, and it's just not interesting enough to warrant that monstrous length. It made me lower the score for the story by 0.8. As for the characters: the characters are all unique, quirky, and interesting to follow around. Be it "ant-man" Joe, "masochist" André, the main character Kiyoshi, any other guy of "the five", the members of the USC, or even the director of the school: none of them ever gets boring, and they all bring something unique with  them.  The "antagonists" that are introduced later in the story are less interesting though, which made me lower the score by 0.5. Last but not least, there is the matter of the art: when a manga depends on nicely drawn boobs and butts, you need good art (well, "depends" might be putting it too strongly here, but you'll probably get what I mean). Does Akira Hiramoto deliver the art necessary for this kind of manga? Of course he does! And it only gets better. The only thing I really dislike is André's character design. I get that it's supposed to be funny, but it gets a bit boring after a while. Overall: surprisingly good, with fresh sexy jokes. Recommend for all those who can stand (or like) a lot of ecchi. 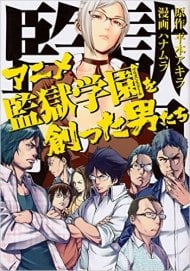 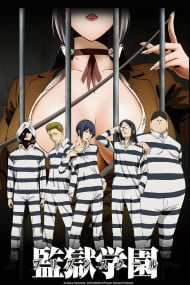 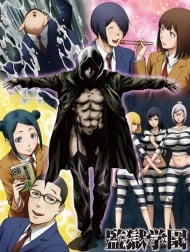