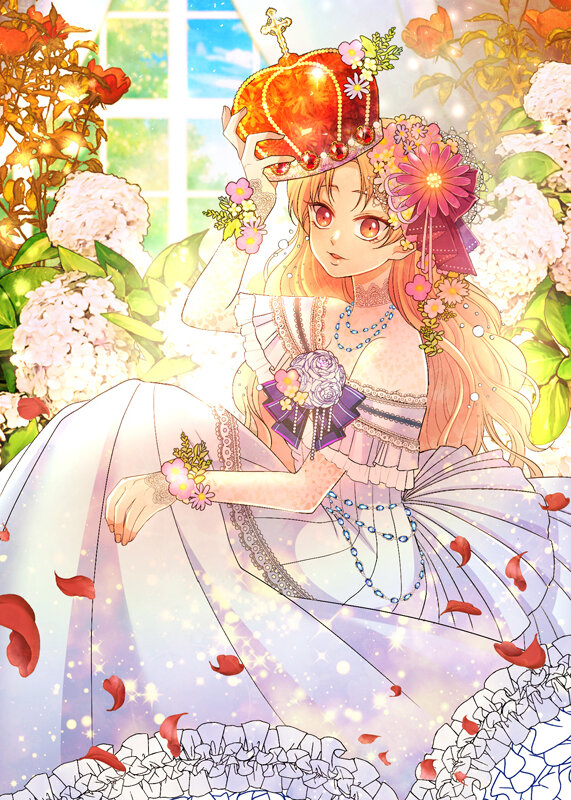 The main character is kind of. . . Dumb? Like I read 11 chapters and she didn't do anything outrageously stupid except in the end but she has no chill. Like this girl is the most straight forward thinking inside the box obvious character you will ever find. I guess I just didn't feel any life from her. She just didn't captivate me with her story and wasn't a very engaging narrator.

I'm hoping this gets better as it goes on because it's not UNBEARABLE to read, but at this point its kinda boring? The MC talks a lot about how she needs to do "xyz", so that she'll survive at the end but she never does anything...

23 chapters straight she's just like "OMG THIS ISNT LIKE THE BOOK" and "OMG I NEED TO DO THIS THING, BUT WHO KNOWS WHEN I'LL ACTUALLY DO IT". Just a whole lot of talking and nothing happening. Still gonna wait and see on this one because it looks like something is starting to happen next chapter.

This has been bothering me for a little while now, I tried ignoring it but I can't anymore. I just have to say that the whole Sheilia being a fake princess is complete bs. She's literally the crown prince's twin and the daughter of the current emperor so how is she a fake princess? HOW?? Like I have to know!

It's clearly stated in one of the chapters that Eclet is the daughter of the emperor's older brother. So Eclet and Sheilia are cousins! Sheilia IS a princess, she is NOT fake!!!
Eclet IS a princess as well

They are both PRINCESSES!!!!

If you're going to make her a fake at least make it make sense please!!

Anyways sorry for my little rant but I just had to get this out of my mind since it was bothering me so much.

About 80% of the content is the lead female going over things in her own head. I tried to give this one a chance, but couldn't stick with it. Every interaction she has sends her in this thought spiral We are told more of the "original" story that she fell into then we ever get to see of the actual female lead. All of the recounting is repetitive, the same things being rehashed again and again and again.

The art is decent, I'll give it that much.

Was good at least till ch 61. On ch 62, the mc makes a really stupid decision, still seeing things from sidelines, instead of trying to save real princess. And i became really disappointed there, author trying to use misunderstanding to increase the plot.. And mc gets plot armor in form of raphael, to save her from her previous blunder.. I hate such things..