Princess in the Rough - Recommendations 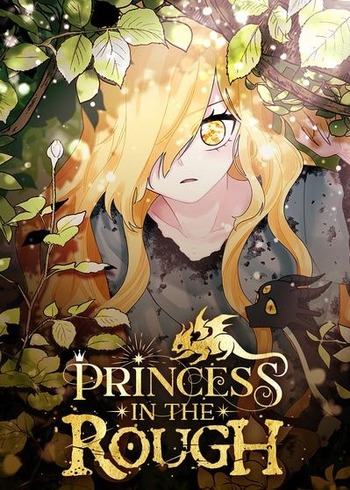 Daughter reunits with the family.

Female lead (the daughter) is protected and loved by other characters. She also has special abilities.

Little girl suddenly introduced to new family. They love her and want to protect her. Awesome and fantastic read

Both girls went through a very tough beginning and are growing to love the world that surrounds them.

YES it is kinda similar and are both very nice i kinda have to ramble for the minimum so if you read this have a good day.

both are great stories! it's not on earth but the place where they are is similar to midievel europe (i don't have autocorrect and i can't spell). i am a fan of both!

Its really similar, i think both are great, twins' new life is a personal fave of mine. if you like this one you'll like the other

I have not much to say except they have a similar starting concept. Of course they are still progressing and only time will tell if they stay interesting.

Abandoned child of royalty is now living with tere father and siblings.

All members of the Ascania imperial family are cursed to die at the hands of a loved one, a curse only broken by the birth of a girl into the bloodline. So when a young slave girl with the telltale, color-changing Ascania eyes is discovered, she’s declared Princess Chloe, the little sister of the three princes. She’s excited to finally have a family, but her new brothers seem a bit strange… They’ve always had to be cold and unfeeling for their own protection, but will Chloe’s arrival plant the seed of change in their hearts?

Both are cute family royal webtoons with hints of interesting plot unfolding. Both FL suffered before coming to palace. Both are loved by their family (parents and siblings) right from the start. Both have some special power. Both are NOT reincarnators and both don't have memories of their past lives.

Leslie’s life as the youngest daughter of the Sperado noble family was always used for the betterment of her sister, Eli, who is betrothed to the Crown Prince of the kingdom. After a failed attempt to extract the black magic within Leslie by sacrificing her to transfer it to Eli, Leslie knocks on the door of the monster Duchess Salvatore and, battered, bruised and desperate, pleads for the Duchess to adopt her?!

Both children suffer hardships and is basically OP. They're also both very cute and lovable and tiny. Their families shower them with affetion and is also powerful. For the Monster Duchess, it's the second family who's affectionate, the first family is just trash. The girls also basically learn how to be proper kids their age as they are robbed of those because of certain circumstance.

Both children suffer hardships and is basically OP. They're also both very cute and lovable and tiny. Their families shower them with affetion and is also powerful. For the Monster Duchess, it's the second family who's affectionate, the first family is just trash.

The girls also basically learn how to be proper kids their age as they are robbed of those because of certain circumstance.

Really funny and the protagonists are really relatable. I do not know why I need to put at least 100 characters but I think this will do. Anyway if you liked Princess in the rough you should REALLY go and read Daughter of the Emperor.

Saving the Villain from the Heroine

Sielle is an ordinary handmaid working for the Grand Duke Ferzei Yekarte. The thing is… she knows he's a villain of a story she read in her previous life on Earth. With her prescience, she managed to foil an assassination attempt on her master, only to be framed for the crime! Worse yet, when she drank the poisoned wine to prove her innocence, she turns into a little girl... And now the Grand Duke wants to ship her off to a notorious family of assassins? Will she manage to survive through all this, even if she knows how it will all end?

The hit series “Light and Shadow” continues with “Golden Time,” a new adventure that follows Alex, the eldest son of Duchess Edna and Duke Eli, as he sets out to experience the world on his own. While gathering his travel companions, Alex feels strangely drawn to a shabby young boy named Kenny, not realizing that they’ve met before. That’s because Kenny is actually Yessica Solveg, the second princess of the Kingdom of Northian… and fiancée to their future king, the violent Duke Frederick. With her identity hidden, the two royals form a bond. But when budding love could ignite the flames of war, will this reunion cause more pain than bliss?

Yunjo is a young prince who has always served his kingdom from behind the scenes. He’s spent his whole life in the shadow of his brother, the crown prince Yigang, fighting enemies and winning wars in his name. All that changes when one day, he meets Seolyun, a mysterious and charming woman who captivates him instantly. What happens when a man emerges from the shadows to follow his heart? Can he overcome all of the obstacles in his way to step into the light and be with the one he loves?

Never underestimate a humble palace maid! Like the leading ladies of lore, Deokim is headstrong. She translates literature to support her family while juggling palace chores and a few sly pranks on the side. Be it fortune or ill-fate, rumors of Deokim’s literary talents spread, and everyone from the queen to the crown prince takes note of her skills. But as the tides of political intrigue shift, Deokim must walk a fine line among the royals, particularly the crown prince. After all, the court ladies don’t call him “The Goblin'' for nothing…