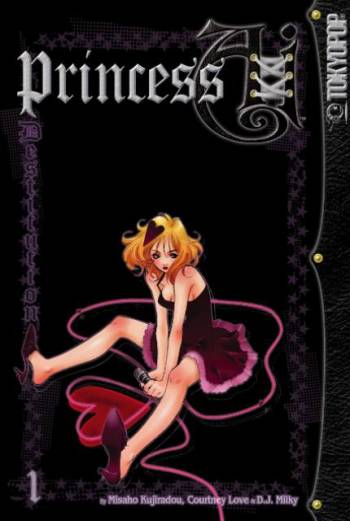 Mirumo is the selfish and chocolate-loving prince of a magical kingdom. As the successor of the kingdom, his father wants him to travel to the human world and study -- but Mirumo has other plans! Due to his unwillingness to go, the King declares that Mirumo must be married at once to his betrothed, the beautiful and clingy Ririmu. Things get even worse for Mirumo when Minami Kaede, a shy girl with a crush on the handsome Yuuki, wishes upon a magical cup for a fairy to give her the love she desires -- thus pulling Mirumo into the world of humans! But Mirumo and Kaede are not alone; Ririmu soon follows to help Yuuki, and Yashichi the Ninja to help Minami's rival for Yuuki's love, Hidaka Azumi! Hilarious antics abound in the new and complicated lives of these friends and enemies!

Time has passed since the incident with Shinou and Soushuu, and Yuuri has returned to Shin Makoku to resume his normal duties as Maoh. But being the Demon King has its drawbacks as life is never simple; from dealing with enraged dragons to love testers, Yuuri must try to solve each problem that comes his way whilst trying to keep his sanity intact. Soon Yuuri meets the mysterious young king of Small Shimaron, but his new acquaintance appears to have an agenda of his own. Will Yuuri’s ability to see the good in people and his attempts to make alliances with other countries through friendship be enough to get him through this situation?