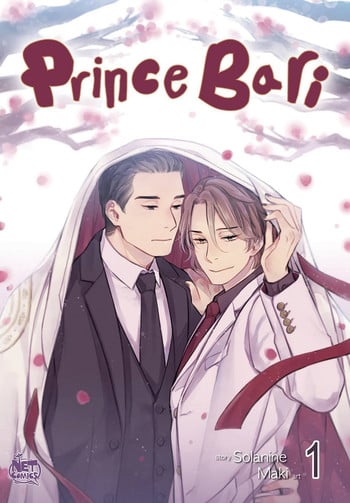 The delightful and brutal life of living with a robber! Ji Ho ends up missing the deadline to apply for a dorm due to a slip of carelessness but luckily a sunbae from his major helps him get a room nearby. Unfortunately, not even half a day after moving in he gets attacked by a robber. After managing to get away, Ji Ho later comes back home to see the robber shedding tears over the novel he wrote in high school...But this robber, with the reason of wanting to continue reading his unfinished novel, asks to live with him in exchange for taking care of the house?! The sweet and fierce life of these two has started!

The second season of Paramour.

Due to an assignment from college, Cho Young and Back Seungha meet for the first time. Never did Cho Young imagine that he’d eventually room together with Seungha, let alone be close to him. As the two of them spend more time together, they help each other face fears that they have tried to overcome in the past.

Jinwoo has that friend, Kisub. That friend who wants to sleep on your couch for a night, a week, and before you know, he is your roommate. Needless to say, life is hard for Jinwoo. Needless to say, his life would be easier if he weren't in love with that couch potato.

Se myeong is the brash young son of a mega corporate CEO. But the stubborn teaching assistant Yi Yeon refuses to break for him. Determined to win him over, Se myeong will spare no expense —whether it’s wads of cash or a dose of crazy persistence! Is he just another guy that’s fallen for Yi Yeon’s pretty face?

His last dream is within reach of a little journey through time! What could be better than submerging body and soul to worship a group of idols to brighten up his daily life a little? Unfortunately for this fanboy, his favorite singer leaves to do his military service shortly after discovering his new passion for idols. The result? He will make a wish that will transform his life ... A jump into the past that will take him into the heart of the show!

The Lady and Her Butler

The last thing Sooha wants in her life is a man. She’s sick of her mother calling about boyfriend problems, of friends trying to set her up on dates, of girls waiting for their Prince Charming. But when a broke and homeless man offers to housekeep in exchange for temporary housing, Sooha finds herself saying yes to a man for the first time in her life. After all, who wouldn’t want to come home to warm homemade dinners, clean sheets, and freshly ironed clothes?

Life as a nurse is crazy enough, but throw a cute doctor into the mix, and things start to get a little tricky. Especially if that cute doctor tries to work his charm on you every chance he gets. Those puppy eyes...tousled brown hair...and blue scrubs! How could anyone resist?