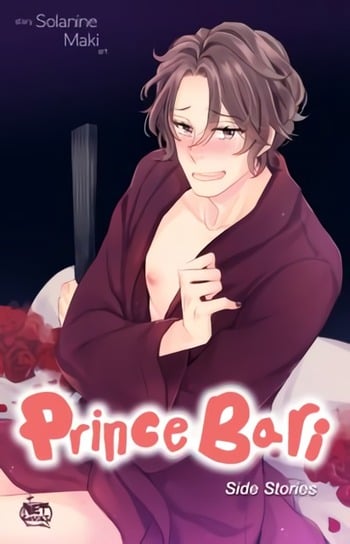 The second season of Ghost Child.

Love Is Not Real

After being betrayed by his girlfriend in college, Kihyun spends his days in a lethargic state. One day,the man that his ex-girlfriend cheated on him with, Youngwon comes as a new employee in his company. Kihyun ignores the past because he doesn't want to think about it but then he hears some unexpected things from Youngwon.

Introduction to the Theory of Love

Doyun followed his high school crush Hosu to university! Hosu gets drunk at the welcoming party, and Doyun tries to help him get home, but Hosu's so drunk they end up having to stay at a Motel. Doyun picks up a condom he randomly found, but Hosu just so happens to wake up at that moment...! Will Doyun be able to confess to Hosu despite his shyness?

Jun was a 3rd generation chaebol who had everything and he was getting tired of the dullness of everyday life. One day, he was drinking with his friends in a private bar room with some women they called over to accompany them, but he was in a dazed thinking what the difference was between death and his current life. Until a waiter stepped into that room and made his heart, which he thought was long dead, stir from its silence...

Lee Eun-gyeom is your typical office worker. A newbie at his workplace, he's friendly and sociable. However, when it comes to love and relationships, he has the most rotten luck. Enter Han Jihyuk, the handsome team manager who's totally Eun-gyeom's type! But wait a second... Is this demon of a manager out to get him? His arrival is about to send Eun-gyeom through a roller coaster of emotions!

When it comes to employment, Jinwon’s suffered a string of bad luck. So at 29 years old, he’s unemployed and studying again. Lucky for him, his sister’s just married into an elite (read: super rich) family, and she’s offered him part-time work as a housekeeper for her husband’s son. The job pays well, and the hours give him time to study. But it isn’t long before Jinwon discovers that this arrangement with his nephew will involve more than just housekeeping...

Wan’s got a face that scares everyone away before he can really become friends with anyone. So when Ha-woon befriends Wan on his first day at his new school, Wan is elated. Ha-woon must be an angel! It doesn’t take long, though, for Ha-woon to betray him in a terrible way, and Wan discovers Ha-woon might be more devil than angel. But then an accident happens that gives Wan a second chance at friendship with his angel. And it all starts with one big, fat lie.