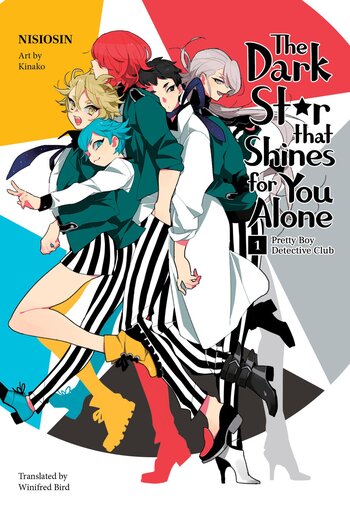 If you're looking for anime similar to Pretty Boy Detective Club (Light Novel), you might like these titles.

Shinnosuke and friends are experiencing a one-week stay as part of the "defense force" of Tenkatouitsu Kasukabe Private Academy (nicknamed "Tenkasu"), an elite boarding school that is administrated by a state-of-the-art AI. But when Kazama is attacked, with his intelligence reduced, and strange bite marks left on his butt, the mood begins to change. The Kasukabe defense force joins forces with the school's dropout student council president Chishio Atsuki to form a group of detectives and shed some light on the mystery.