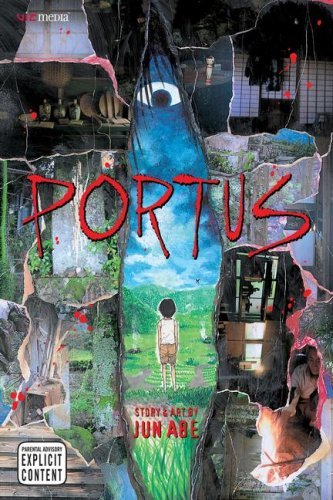 For a manga supposedly about a video game, the video game element seems strangely superfluous. Like, all of the hauntings, hallucinations, and basic plot developments could've occurred almost identically even with no reference to Portus (the game). After all, the actual origin of the creep-creep is a kokeshi doll which had been removed from its memorial. And honestly, I know I'm supposed to just suspend my disbelief, but the way that Takashi was coded into the video game (or whatever) is never adequately explained. Why is fe (presumably) only able to affect people who play that particular video game? Why isn't fe haunting the game systems rather than the game cartridges? Is the haunting ordered and predictive, with limits on what it can affect (as video game motif might suggest), or is it freeform and limitless and able to affect anybody anywhere, even people who never played the game (as the actual plot portrays)? Basically, the manga wanted to make a spooky ghost story (and did), and didn't worry too deeply about how well it stood up to scrutiny.

If you're looking for a manga with a creepy aura, I'm sure there are better options than this. This one functions fine and the art's pretty good, but it feels slipshod and half-assed.