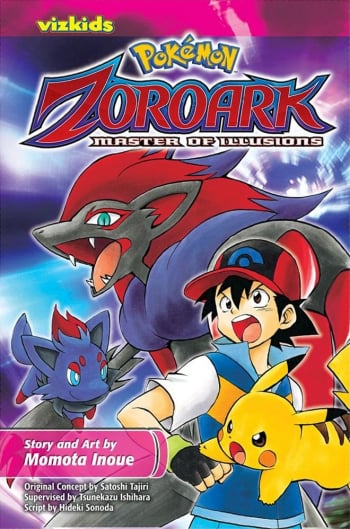 If you're looking for manga similar to Pokémon: Zoroark - Master of Illusions, you might like these titles.

Pokemon: Arceus and the Jewel of Life

Thousands of years ago, the legendary Pokemon Arceus used its life force to protect the world and all of the Pokemon within it, and after the monster was saved by a human named Damos, Arceus created the powerful Jewel of Life and entrusted it to the man. But when Damos betrayed the creature's trust and kept the jewel for himself, Arceus went into a deep slumber, vowing to return to exact his revenge on humanity. Now, in the present, Ash, Brock and Dawn travel to Michina Town and quickly find themselves in the middle of an epic battle between several legendary Pokemon, caused by Arceus's return and the very fabric of time and space itself. With the help of new friends Kevin and Sheena, the gang must try to help put a stop to the ancient feud before the entire world is destroyed.