Pokemon: Arceus and the Jewel of Life - Recommendations 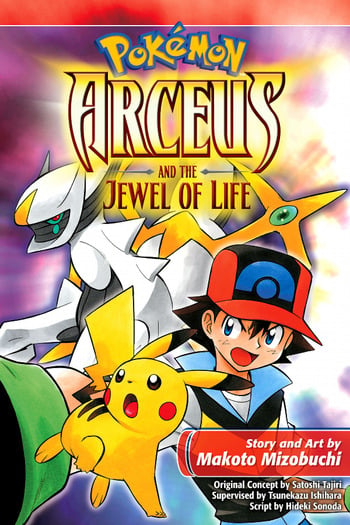 If you're looking for manga similar to Pokemon: Arceus and the Jewel of Life, you might like these titles.

As the new champion of the Pokémon Battle Junior Tournament in the Kalos region, X is hailed as a child prodigy. But when the media attention proves to be too much for him, he holes up in his room to hide from everyone—including his best friends. Then, his hometown of Vaniville Town is attacked by the two Legendary Pokémon Xerneas and Yveltal and a mysterious organization named Team Flare! What will it take to get X to come out of hiding...?!