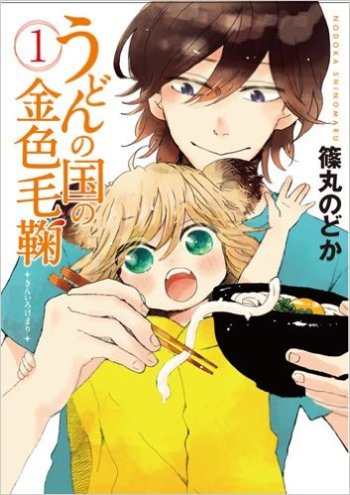 The leaves are changing color and cold weather approaches. It's festival season, and the perfect time for Mitsuki and Shizuru to enjoy themselves with their grandparents. But unfortunately, the harsh wind leaves their grandmother laid up in bed sick, so it's time for the girls' mother to return and help around the house. With Mitsuki turning her back on Grammy and Shizuru becoming uncharacteristically angry with her younger sister, is there something more sinister at work in the Hibara household?

Nyanko-sensei runs away from Natsume to chase a dragonfly. He finds himself stuck with two young children on their first errand. He keeps trying to leave, but the area of the forest they're in is filled with dangerous youkai. Can he help them complete their errand, while still retaining his sanity?

The official music video for Yume no Mata Yume from the album Ashita Iro World End, by Mafumafu.

Takashi Natsume sees spirits, and with the help of his lazy and sake-guzzling bodyguard Nyanko-sensei he returns to spirits their names that were stolen by his grandmother Reiko Natsume. Not all of the spirits are peaceful though, and he often fights to keep himself and his family and friends safe while at the same time fighting the loneliness that plagued him before he found his home.

Takashi Natsume continues to return the names of the spirits that have been written in the "Book of Friends" he inherited from his grandmother, Reiko Natsume. While Natsume is still aided by the chubby Nyanko-sensei, he's now helped by some of the friends he had made in his journey; be it human beings or spirits. As he becomes closer to both, Natsume faces the inevitable question of the sides he has to take especially when there is a conflict between the two.