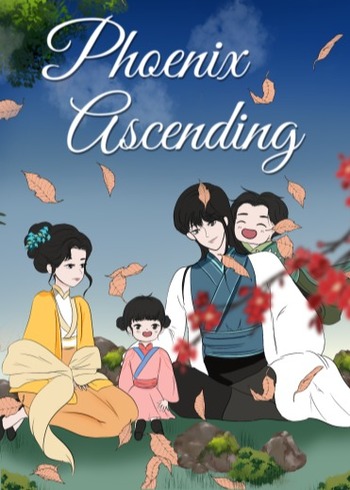 The Corpse Ruler Confuses the World, All Seven Husbands Are Devils (Novel)

She was originally a jiangshi that had cultivated for countless years. However, when she attempted to illegally enter the world of the immortals, she was discovered by the Jade Emperor, who threw her into the mortal world. Her soul left her corpse, fusing with the body of the Motian Dynasty's sixth princess. She didn't even have a chance to digest her current circumstances, before her maid unexpectedly ignored her mistress, even publicly provoking her!

My Daughter is the Family Head (Novel)

To comfort her sickly father, she has to get married in the shortest time possible. In the capital city of Dongyan, the females outnumbered the males and it is normal for two women to marry a man. The rumors said he has a majestic figure that exuded calm and prestige and he is also a successful businessman in the medicine trade. Even though his wife had died, he is still qualified to pick and choose, so she is not surprised he rejected her marriage proposal! No problem! She will just recruit a husband and if she is not successful, she will just purchase one! Although she is considered an old maid, she is still the head of more than ten restaurants! If a person is to be judged by his achievement or ability to earn money, then she is much more outstanding than most men! What? Is the recruitment drive successful this time? The successful candidate is his younger brother?…

What would you say is the most valuable thing in this world? A mountain of gold and silver? Wrong. Then what is it? The return of the prodigal son.

Chen Quan Ran is a young general. Rather than return home and see his child wife, Mo Lan, he leads his army in battle for 10 years. Mo Lan is a gentle bred young lady who has not met her husband Chen Quan Ran since their wedding day ten years ago. Chen Quan Ran’s grandma loves Mo Lan so she feigns illness to lure him home. Chen Quan Ran can be heartless toward anyone except his grandma who raised him. He returns home and he surprisingly falls in love with his wife who has a secret…

Falling from a bridge and drowned, Gu Qiang traveled into the future and saw that her future-self was pierced by an arrow, shot by the man she loved the most. She became an Empress, but her son was murdered and her family was exterminated. They couldn’t die in peace! When she woke up from what seemed like a vivid dream that foretold the future, she swore to change her fate! To reverse the course of events, she fought against her hypocrite sister and the cunning Emperor. Nothing could stand in her way! Will she succeed in rewriting the story of her life, or will she succumb to fate and experience the same tragedy again?

When she first transmigrated into the body of the Empress, she didn’t care about how strong her cultivation was or what the strength of the country was, but only how many beauties were present in her harem! Although three thousand could get a little chaotic at times, every beauty’s bearing and charms were different! But then why were all of her beauties so temperamental? One wrong phrase and all of them were fighting! My god, and they are martial art experts too? Beauties, take away your hands, don’t lift this imperial palace off from its foundation!

The Eunuch is Pregnant (Novel)

After Le Yao Yao died in the modern world, her soul ended up in another girl’s body from an ancient era. Oddly enough, the body of the girl was wearing a eunuch outfit! Before Le Yao Yao could figure out how to escape, she was found and dragged to serve the legendary Prince Rui aka Leng Jun Yu. Prince Rui was known to be ruthless and cruel. In addition, he hated women so much that none were allowed within five steps of his reach. Will Prince Rui do anything to Le Yao Yao? Will Le Yao Yao try to escape from the Palace?

In the current era, people are either normal or are with ‘special abilities’. Cases related to the latter are managed by the “National Anomaly Prevention and Control and Special Species Management Office”. Qi Zheng Emperor Sheng Lingyuan was reawakened a thousand years later after he jumped off the fiery Red Lake. Xuan Ji, a newly transferred staff to the Reparations Division of the Deviant Control Office, finds himself having to clean up the mess of a revived tyrannical monarch. The two seemed to share something from the past, but unbeknownst to them, a big conspiracy is stirring right underneath their noses that could destroy the balance of the world.