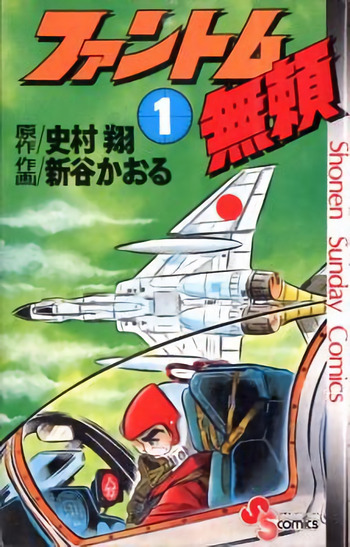 Kazuhiro Uchida has always dreamed of becoming a fighter pilot, but has been forced into the helicopter-training program instead. Embittered and discouraged, he still completes the training and is given his first position in a helicopter rescue unit. The catch? It’s located in a new town, far away from his loved ones. But the job of a rescue worker is incredibly demanding, both mentally and physically, and Kazuhiro’s less than enthusiastic attitude just won’t cut it. In order to succeed in his new career, Kazuhiro must survive the harsh reality of rescue work, and rediscover his dream.

It is the year 3287, and the countries of Roxche and Soux-Beil have been feuding for one hundred and thirty years. In the country of Roxche, the young air force pilot Allison has just reunited with her childhood friend Wil; and together, they are about to embark on a grand adventure. Whether it's ending the war between the countries with the help of a legendary treasure, traveling into hostile territory, or helping restore a princess's right to the throne, Allison and Wil will complete their missions with kindness and honor.

When the Japanese government puts civilian organizations in charge of the country's air force, some of these companies decide to put their aspiring idol singers behind the controls of their fighter planes. Among these groups of idol singers is Hummingbird, a five-woman team consisting of the Toreishi sisters—Satsuki, Uzuki, Yayoi, Kanna and Miina. During a taping session, video director Kudo sees some potential in these girls and jumps in to help them reach the top of the charts by directing their debut video.

In a world where corporations snuff out the competition by sending fighter jets to attack their offices, teenage pilot Kannami Yuichi is reassigned to a new base. There, he meets Tokino, a carefree pilot who enjoys the company of older women, and Kasanagi Suito, his superior officer who he slowly falls for. However, not everything is as it seems. Soon, distressing questions are raised about Kannami's predecessor, a race of perpetual adolescents known as the Kildren, and the enemy ace of the skies, Teacher.

After successfully returning to Earth on the renovated Stratos 4, the four Meteor Sweeper girls are visited by Comet Blasters Chizuru Kubo and Annette Kerry, who brought with them a shocking video. Meanwhile, Orbital Station 7 is having serious problems...

Mikaze and her 3 friends are promoted to instructor positions. Meanwhile more comets are on their way to Earth and the mysteries behind the rift in the Cosmic Emergency Management Agency as well as the alien parasites begin to unravel. A shortage in pilots at the base calls for some drastic measures, and co-ordinated teamwork on everyone's part. In addition, Miharu has escaped from her captivity and everyone scrambles to find her and determine her intentions.

Shin Kazama was once in training to become an airline pilot, until his jealous friend Satoru Kanzaki tricked him into signing a 3 year contract whose reward is $1,500,000, and whose escape is unthinkable. His mission since that day has been to work for a hidden base of mercenaries known as Area 88, with the skies as his new home, soaring into deadly battles and fighting to survive. Determined not to die, this ace pilot of Area 88 battles hard daily to one day leave the hell of being a fighter pilot. Will he ever return to his fiance Ryoko, or is he doomed to die in the skies?