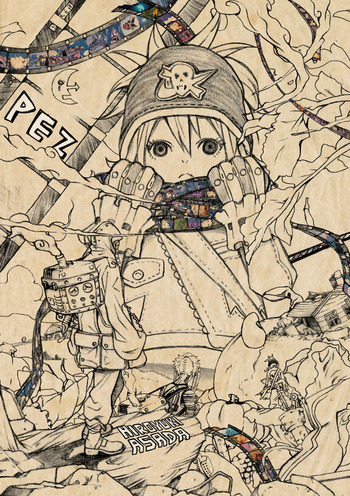 It's 2036, and technological advancements in Hyper-Space Navigation and Gravity Manipulation have brought about an explosive acceleration in space exploration and the expansion of the human empire. With the scattering of the human race among the stars, birth rates have dropped and the demand for labor has skyrocketed. Thus, B-level and C-level robots were invented. They can complete simpler tasks, but as they lack the ability to do complex procedures, A-level robots took their place. However, A-level robots were scarcely available and expensive to most. One doctor solved this issue by creating humanoid animals with the ability to think, talk, and act like humans. This is the story of Bremen, a Japanese space captain, and her crew of lively humanoid animals.