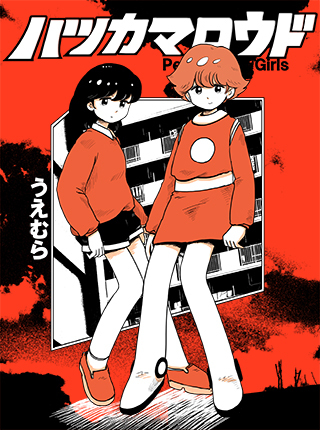 A girl named Yuuka encounters a being from the depths of the Earth named Chii-chan (a pun of 'Chiteijin,' the Japanese word for underground-dweller), and an alien named Ucchan (a pun of 'uchuu jin,' or 'alien'.) The two beings begin living with Yuuka who promises to protect them.

When the ragtag crew of the Carlvinson saw a spaceship crash land on a planet below, they had no idea they’d stumble across a now-orphaned baby girl! With none of her kind in sight, the cat-like Beruka, brain-faced Tah, robot Andy and the rest of the gang decide to raise little Corona until her people can be found. The very unorthodox “parents” and “extended family” of the Carlvinson will watch Corona grow from a baby to a young child, and will participate in mock dragonfly rescues, family field days, and more! But soon a transmission reveals that someone is coming to retrieve Corona – will Corona’s adopted family lose her forever?

Ayame, Renge and Sumire have enough to worry about with their idiot father always on their backs, but when a secret government agency tries to recruit them, life is about to become much more complicated! With bizarre machines threatening the city, it seems they have little choice but to pilot the Z Mind robot. Yet keeping their little sister Satsuki out of trouble, dealing with dad's nagging, uncovering the identity of Ayame's mysterious savior and contending with the freaky aliens might prove a little too much for anyone to cope with!