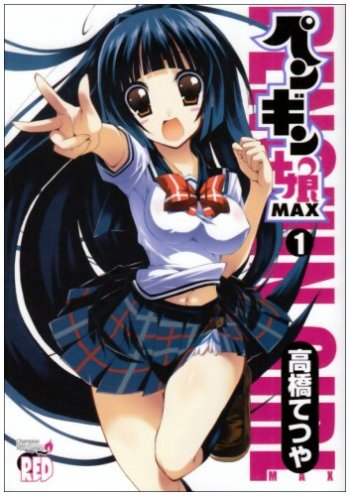 Closet otaku and school idol 16 year old Aiba Hina announces right at the start that she is going to quit being an otaku, but apparently she was going to stop being otaku because a manga character said he hates otaku. Fujoshi power max! She tries to sell all her most precious otaku collections at I-books at Radio Kaikan 3F, but ends up getting seen by a classmate who was working there part-time at the register. In order to hide her identity as an otaku she decides that the only way to salvage the situation is to assassinate the classmate who saw her in the store!?

With Big Bro off in the U.S. spreading the good name of otakus everywhere, Shinano moves into the Maniac Road store and begins her new life at a new high school. The love of all things manga and anime runs strong in Shinano as she searches for others with the same passion.

Hayashi Shoutaro is an otaku and a student who sucks at studying, the results showing on every test. And if that wasn't bad enough, he also calls out things like, the one who scores the lowest has to clean the classroom by themselves. In his class, there is a girl he likes, Kanda Yayoi, who always gets top scores and is popular among the whole class. When he arrives home after cleaning the classroom, he's met by his perverted, otaku sister who has him cross-play (cross-dressing cosplay) to go to an anime merchandise display. There he meets Yayoi, who it turns out is also an otaku, and she falls in love with his cosplay persona...?

Spoilers are bad. Especially when you spoil the favorite anime to a member of the kendo club. When Terada accidentally lets slip a spoiler about Hikami’s favorite anime, only bad things can happen. From then on, Terada can only try to survive the increasingly extreme measures Hikami uses to take vengeance. It can only be described as a war – a spoiler war.

With her beautiful looks and outgoing personality, Shinozaki Akina used to be the leader of a group of hotties on the top of a class hierarchy. After her high school debut was delayed, however, she finds herself isolated in the class. Next to Akina sits Sasamura Kaede, an otaku girl who can turn into a bishoujo with her glasses off. Akina decides to get Kaede out of the otaku life and groom her for a perfect high school life, but the only way to get close to Kaede is for Akina to pretend to be a Precure otaku herself to her chargrin...