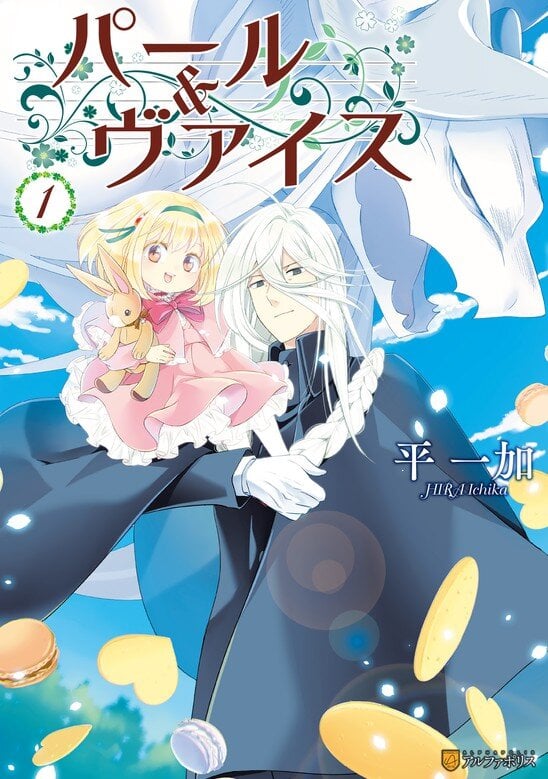 In the country of Izaron, which was hidden away by an ocean of foliage, there were two princes. The child of the king, Tiokia, and his brother's child, Rukishu, spent their childhoods as "prototypes"- they were neither princes nor princesses, as was characteristic of Izaron. As time passed, Rukishu became a prince, while Tiokia stayed physically androgynous. The country became conflicted as to which should ascend the throne as they aged, and the siblings' bond was severed as a result. In this timeframe, Tiokia gets sent to a neighboring country as a hostage as ordered by Izaron's king-!

Aime is a girl who has a sixth sense. She always wears a scarf because she has a mark on her throat. First she doesn't know why she has them, but then she finds out what this mark and her supernatural power really means...

One day, a girl whose grandfather owns a small antique shop, discovers with her hamster a magical bracelet that gives her super-magical powers. But she soon discovers that owning the bracelet is not just about making the broom clean the shop by itself, when the boy she likes is suddenly after her and the bracelet!

In this country, there are beings called Sapeles. These beings are not human; they are treated as slaves. Society shuns them, just as they would poor people. Sapele are not allowed to have desires, especially desires for things like love. If they do, they are considered broken, useless. Lepu Le is a Sapele trying to come to terms with himself, not understanding or knowing anything about who he really is, or where he came from. After a fateful encounter with a broken Sapele known as Roie, he starts to question what he is told even more.

Long ago, Tama-tan met a boy who gave her an object and told her to wait for him. Yet, as seven years passed, Tama-tan still has not seen this boy and begins to doubt his promise. Just when she suspects that day was simply an ordinary day, she is confronted by the shocking appearance of an UFO. Finally she once again sees this bunny-eared boy... only to discover that he is in search of the "Lunar Ladies", which are candidates to becoming the Moon Princess. Unexpectedly, Tama-tan becomes one of them. Yet, what is the true purpose of becoming this moon princess?

One day, Yosugara, an antique shopkeeper, met the cute little girl Riu. However, Riu can't go very long between sleeping, and can't control when she falls asleep. Then the two come across a genie trapped in a lamp, and break the seals that bind him there. The genie, Lample, can make your wishes come true. However, in return, he requires the life force of the one making the wish. So Riu enters into a contract with Lample, but what is her wish!?