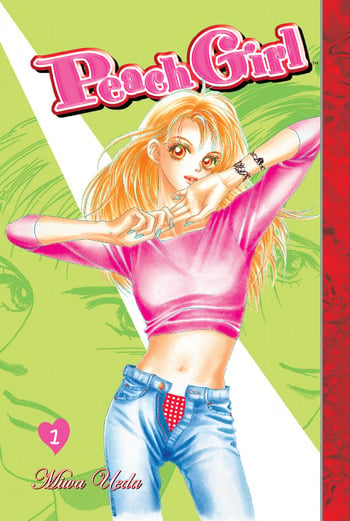 With a noticeable tan and bleached hair, Momo Adachi is a high school student who is frequently misunderstood by her classmates. She's accused of being a playgirl and is the subject of many rumors, most of which originate from her ‘best friend' Sae who is jealous of Momo due to them having a crush on the same boy. Momo's life only gets worse when Kairi Okayasu, who she once saved from drowning, decides to make her his own. Kairi coming into Momo's life only encourages Sae to spread more rumors about Momo and Kairi while going after Toji herself, creating quite a complicated situation for everyone involved.

Story: Drama, drama, drama. It's like a high school soap opera. It's really addicting and you're done with a volume before you know. It's got plenty of drama, comedy and romance. It can be pretty melodramatic at times but it does good with what it's going for. I don't have as much problem with the story as I do with the characters but I'll get to that. I did like the ending. Warning though: it's very addicting. VERY ADDICTING. Also, I did like the Peach Girl code: Love yourself for who you are. I thought it was a really nice touch. Art: The art is ok. Sometimes the dramatic scenes don't do it for me. I think it's too much and not well done. The characters look ok but not that attractive. The clothing is weird too. There are a lot of sparkles and blushes but that's to be expected. The backgrounds are ok but not that great. It wasn't an eyesore but I definitely wouldn't want to go to out and buy the art book. Characters: Annoying. I liked Momo at first but she killed it for me with her attitude toward certain situations (I don't want to give anything away). They all make bad decisions that don't make a lot of sense. There usually is a better way to handle a situation but they just don't think. I really don't like these characters. They do show some development but, by the point, I'm really annoyed. One of my least favorite casts and is the reason why Peach Girl is given such a low score. Overall: If you love drama, romance and are willing to put up with hella annoying characters, Peach Girl is for you. If you love drama, romance and somehow are willing to put up with hella annoying characters, you'll probably finish Peach Girl but be ashamed that you read it. By the way, I wouldn't read the fan mail thing at the end of the volume about Sae because it's just irritating.

Read this manga. [SPOILERS IN THE SECOND HALF] It's a good manga.  I can't tell you why it's good, because everything I try to say about the manga is a complaint, but that's life for you.  This manga actually does a good job at making you hate, frustrates you, annoys you, and makes you love too.  That's why I recommend this manga.  I've read many mangas, and enjoyed almost all of them, but honestly, it's been a long time since I've experienced anything more than anticipation and satisfaction with them.  This one, I find myself more dreading the next page than anticipating it, and I find myself thoroughly unsatisfied with every major point in the manga, but just the same, I could never stop reading it.  I felt many emotions while reading this manga,  That is in itself worthy of art.  A story making you anguish over when a couple get together is surely fun to read, but it's far more engaging when you genuinely have to worry about what might break them apart, or if they can recover, or what mistakes they will make along the way.   *************SPOILERS*************** [SPOILING NOW, DONT LOOK BELOW!] Don't cheer for Toji.  I know you'll want to, he's a great guy, in some angles he's better than Kairi, and unfortunately, only one can win.  I tell you not to vote for him because you won't be satisfied.  To the very end, he gets screwed.  I liked Kairi myself, and was pleased to see he got his, but even I felt bad for Toji.  He didn't get screwed like Kairi did midway, but invariably, he did give everything and more and failed to get rewarded. Before you throw a fit, Kairi didn't really get his in the end either.  He got Momo, but by this point, I think anyone would agree that it's almost unpleasant, especially since it ended RIGHT there.  In other words, they could continue this manga with a part two, without even missing a beat.   Kairi helped Momo to even get Toji originally.  +1 for Kairi. Toji sacrificed his love for Momo to protect her.  +1 for Toji. Kairi helped Momo recover and protected her from Sae.  +1 for Kairi. Toji continued protecting Momo and looking after her.  +1 for Toji. Kairi tried to spare Momo's feelings when his past came up.  -1 for Kairi. Toji encouraged Momo to reconnect with Kairi. +1 for Toji Kairi faced his past to satisfy Momo's love.  +1 for Kairi. Toji didn't try to get in the way.. but inevitably tried to win Momo back while Kairi was gone.  -1 for Toji Kairi called to tell Momo he'd be late, since she had said she would only wait five minutes +1 for Kairi. Toji capitalized on Kairi's absence and moved in during Momo's insecurity. -1 for Toji. Kairi walked 13 miles, along a mountain side, amidst a typhoon, to meet up with Momo.  +1 for Kairi. Toji makes a move on Momo in a room booked for Momo and Kairi.  -1 for Toji. Kairi tries to pretend that everything is okay after Momo went to Toji.  +1 for Kairi. Toji tries to be patient with Momo's lingering feelings for Kairi.  +1 for Toji. Kairi finalls breaks down and asks for Momo back.  +1 for Kaiji. Toji demands she make a choice between the two.  +1 for Toji. Kairi distances at a crucial moment.   -1 for Kairi. Toji reaffirms his tolerance of Momo while Kairi is away to sway her choice.  -1 for Toji. Kairi kidnaps Momo, in fear of losing her.  -1 for Kairi. Kairi takes a trip to try to let go of Momo.  +1 for Kairi. Toji stops Momo from leaving to 'save' Kairi, and insists that she stay. -1 for Toji. Toji gets upset that Momo won't dedicate herself to him.  -1 for Toji. Toji lets her go and encourages her.  +1 for Toji. Kairi gets into a fight over his Cellphone case that Momo made +1 for Kairi. Kairi drowns to recover the cellphone case.  +1 for Kairi.   Toji did a lot, he made himself a sacrifice and endured it.  It's really hard to not want his happiness, but by the end, I never doubed that I wanted Kairi to win.  My values up above are of course not subjective,  I'm biased, since I've read it, and formed my own opinions along the way.  That being said, if Toji had won, I'd have been pretty upset, because he lacked a lot of definition.  No grounds for his feelings, simple as that.  It was more like he was a side character most of the time, and furthermore, while his sacrifice was great, the story brushed or otherwise ignored the fact that Kairi pretty much did the same thing after he helped Momo land Toji originally.  Both had to deal with watching the other, and both are stupid enough to keep doing it.  Kairi may have just been more interesting to me, perhaps that is all it boiled down to in the end, but I believe that if there is no way for everyone to be happy- that Kairi surely deserved it more at the end.

If you like relationship drama, you have come to the right place. Get ready for one of the most craziest, frustrating, and infuriating tales of lies and deceit, all in the name of love. Story: Dear goodness. Just when you think Momo has faced and gotten past one trial of love, another pops up right in front of her. She can never seem to get it right. The story is DRIVEN by the lack of trust between characters and the lack of information they have/choose to seek. Assumptions make and sometimes break this story. Several plot developments could be solved if Momo just ASKED the other person what was going on or what was his intention in doing something. The developments of each problem, as the story progresses, become almost exhausting as the characters begin to repeat the same mistakes over and over again, without learning a thing from the last time. Still, it is very drama filled and does offer several page turning moments. Art: Good. Not my particular favorite style, but very nice. The outfits look well drawn, the characters never seem to be unproportioned and the characters seem to be distinguishable. There is no way that you will be able to confuse the two male leads, they look so different. The females get more of a homogenous, same face-different hair treatment, but it doesn't get to the point that everyone appears like one big blur. Characters: There is barely a character that I like in this manga. Momo the lead is too gullible, untrusting, and plain stupid most of the time, falling for trap after trap and deception after deception almost without fail. Sae is pure evil: manipulative, self-centered, egotistical, and unafraid to allow someone to get hurt (and I mean REALLY hurt) just to get what she wants. Touji is a rock, as in, emotionally unavailable half the time, quick to anger, and just as susceptive to the trickery of Sae as Momo,maybe even more so. The only character that I liked was Kairi. He really was the only one who had any depth actually. He has a backstory that explains his off the wall behavior and is one of the few that Sae cannot manipulate like a puppet. Out of the 4 leads, I only liked 1. How nice. Overall: At first I wanted to rate this lower, but then I realized that the manga did one thing: made me never forget it. And for that it does average, just in the middle. You can read this if you like, but if you are deciding between this and another shoujo manga, don't be afraid to choose the other one. Besides an unlikable and infuriating cast, a mediocre story, and some nice artwork, you aren't missing much. 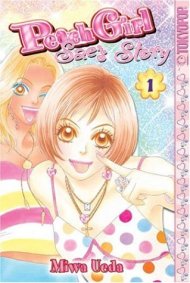 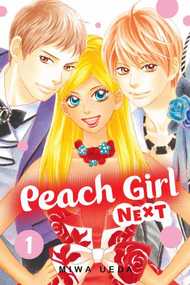 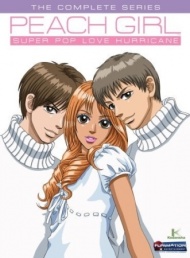