Path of the Assassin - Recommendations 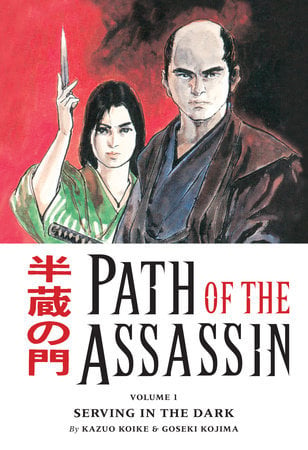 Created by writer Kazuo Koike and artist Goseki Kojima, very interesting stories and capturing drawing. An immersion in the human nature through heroes of solid character, devoted, disciplined, like a seathed sword with a quick draw.

Created by writer Kazuo Koike and artist Goseki Kojima, very interesting stories and capturing drawing. An immersion in the human nature through heroes of solid character, devoted, disciplined, like a seathed sword with a quick draw.

Japan's samurai past is riddled with stories of great fighting prowess and deeply ingrained systems of honor and discipline. But behind the stern demeanor was a society coming apart at the seams. Clashes in class systems and the need for a nation to come together threaten to break up the old ways of warring samurai--these are tales of such struggles. This is the story of Japan's history, and the beginning of the end of the samurai era.

The story starts in 1560, before an impressive battle where Nobunaga's forces were severely outnumbered by his enemies, the Imagawa clan. The story then begins to jump back to earlier times in his life, in the 1550s and 1540s. Through this manga, one can learn of Nobunaga's military, political, and personal life, and how he came to shape the history of Japan.

This manga follows the unfortunate life on an extraordinary swordsman - Inoko Gennosuke. Gennosuke was born in a social group called 'buraku' that was considered to be the filth of society, and because of that he was forced to live a life of misery.