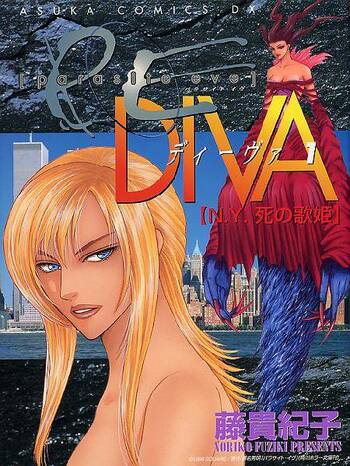 If you're looking for manga similar to Parasite Eve Diva: N.Y. Shi no Utahime, you might like these titles.

"Find the doll maker, and take the puppet!" That was the cryptic message that was sent to Nimiya when her grandfather passed away. Yet the mission is not as straightforward as it seems. Just who is behind the Shikigami insurgence, and what are they after? And will Nimiya and the electrician be able to stop them before it's too late?

Focuses on the character Kyouko Kirigiri, and will reveal the mysterious girl's past.

Back when he used to work at a prison, a meeting with a priest changed his life forever... The mysteries of Danny's past are revealed in this side story to the manga adaptation of Angels of Death!

Shinji Ikari's parents are gone, and he lives with his legal guardian, Ryoji Kaji, while attending the private NERV Academy. But no one ever told Shinji about its secrets . . . or that he'd find his fellow students Kaworu, Rei, and Asuka out on the streets late at night -- fighting with sword, spear, and whip against an enemy that looks very human, but who Kaworu insists are beings called the Angels . . .

Ragna the Bloodedge. That man is nicknamed Grim Reaper and possesses the power of Azure Grimoire. Yet, he awakens in an unfamiliar land and has lost both the Azure's power and his memory.In this unknown world, he comes across Celica, a girl who is able to use healing magic, and a beastkin warrior named Mitsuyoshi. Their journey is closely related to the Black Beast, a being which drive humanity to devastation. However...