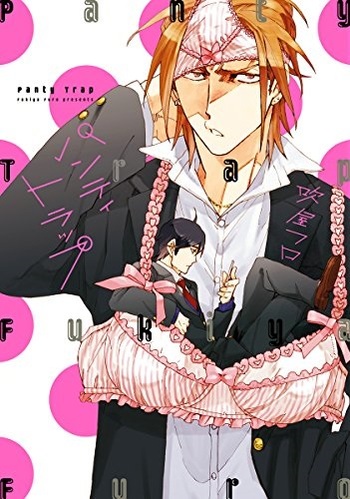 Hashinomoto Maaya has wanted to marry her little brother Rintarou since she was a little girl. Rintarou seemed to feel the same way, claiming that he wanted to be together with his sister when they were all grown up. Now, after going to separate elementary and middle schools, Rintarou is about to enter Maaya's high school! Maaya is filled with excitement for her school life together with her precious brother. But when she finally sees him, she realizes the true meaning of Rin-chan's words all those years ago. He didn't want to marry his sister, he wanted to be just like her. So now, he is beginning his high school life dressed as a girl...!

Due to his sister's refusal to come home to work in the family inn, a boy is forced to cross dress by his mother. As time goes by, he comes to rather enjoy it.

This is a fictional re-telling of the life of Wolfgang Amadeus Mozart, with a new twist. Mozart was actually born a girl, but her father chose to pass her off as a boy when he witnessed her early genius in music. The main story begins when Mozart is 25, working successfully as a musician in Vienna. "He" is wildly popular, especially with the ladies, but "he" mostly avoids them in order to protect the secret of "his" gender. Unfortunately, another local composer, Antonio Salieri, suspects that Mozart is actually a woman. When Mozart begins courting a girl, Constanze Weber, it seems impossible that "his" secret and career will endure!

Just as he was entering high school, Nanaki Koga experienced a certain accident and fell into a deep coma. After two years, he finally woke up. However, he found that the world had changed. While he was unconscious, a sudden craze hit Japan: crossdressing. Now the newest fad, approximately 90% of Japanese people dress up as the opposite gender. And so Nanaki re-enrolls in his all-boys school, in which every student wears a sailor fuku. And as luck has it, Nanaki has a surprisingly feminine face...

A short one-shot about a cross-dressing boy questioning his gender identity.

A guy gains a younger step-brother named Aoi after his mom remarries, only to discover later that Aoi enjoys cross-dressing.

A boy who wonders why his younger brother Yuuki started dressing like a girl, and decides to see what all the fun is about by trying on some of Yuuki's clothes.

A very short one-shot story about a boy cross-dressing because he wants to become cute.