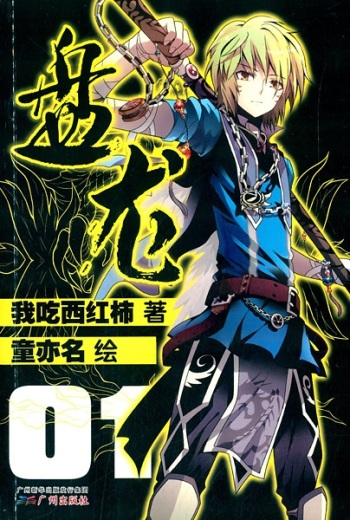 I guess it gets a 6. Started strong, got mediocre to slightly above average in the middle, became terrible as it rushed to finish on the final quarter.

By rushed I mean really really rushed. Skipped entire arc, condenses 80 chapters of novel into 8 chapters skipping basically every fight in the necropolis and lots of major plot points. It ends in a somewhat ok place but thats only the midway point in the novel. Book 10 of 21 of this writing for those curious.

I was really enjoying it for the first hundred and change chapters. Then I took a few year break from it waiting for the drip feed of translations to catch up and then to finish. It really started going downhill shortly after I left off around chapter 130 at least in my opinion. As you get closer to the end the time skips become so overbearing with how much time they cover and how little they explain about what happens during them. You can really tell this manhua was rushing to come to a semi-conclusive ending by 20-30 chapters before it's end.

Quite a shame because even though I love these stories and this genre this one really fizzled out. I wouldn't recomend this unless you just love reading the dozens or maybe even hundred of these kinds of comics that exist now between Korean and Chinese releases. While it might seem enticing because of how many chapters it is and that it is complete. You won't feel good about all that by the end.

The Art is okay.  The storyline is messy.  The characters aren't really built all that well. Overall,  it's like a story made with a bunch of random ideas clustered together. I already dropped this series and I won't be wasting my time on it any longer.

This manhua is amazing a very cool concept and amazing graphics. The character's mark is a bit high for slightly vanilla but the main character is very good it overshadows the negative points. The fight sequences are superbly done and just amazing, one of the best points about this Korean / Chinese manga is that they usually have full color it's so good.

Again I'm a sucker for ranking systems this has it. There's way too much left to cover in 40 more chapters as the scan as of now 12/28/17(130). I don't see it having a good wrap up but I do see what the end could be. The negative point I want to add is that the story seems to jump around quite a bit there are points where it does say the jumps the last two but the first 3-year jump is just glossed over like nothing. This is a bit short but I don't want to spoil the read too much. 100% recommend to everyone to read multiple times.

This was a true disappointment for me. One of the first comic that got me into manhua and the whole cultivation world ended abruptly. But thanks to that I wanted to see other simialr stories so in a way it helped me.

The plot is really interesting and the pacing of the story is actually good. This is one the best developped manhua out there. You get to know the characters and their motivation, you understand why the MC acts the way he does and his OP is explained to some extent. But then the author started to smoke something I guess cause the plot got confusing all of a sudden. You could feel the rush because major events were just skipped altogether without any explanation.

We just went from fight here to fight there to big fight and that's it. Funny enough it was the first manhua that I read that actually got to the end. The second and only other one got also abruptly interrupted so there's that.

I won't say not to read it because it's really interesting in the beginning and the setting of the world is so unique you'll get immediately hooked. But if you don't want to feel disappointed then just skip it.

Edit: It seems like the manhua started again? I'm confused as to where it'll pick up or how the story will go. I might come back and change my review depending on that.

This is probably a preference manhua if you like the cultivation world with magical beasts cultivation ranks and some romance this is it. the arcs are a mess tho but it doesn't really affect the whole plot which is fine. it is about a kid who becomes really powerful because of his ancient bloodline and his ancestors are legends but his family declined over the years but he tries to revitalize it and falls in love.

The art is good enough what to be expected but sometimes the quality of the chapters is really bad but it is manageable.

I really do like the characters here the master and the MC they are on the same page I like the Villains here as well not boring as usual other manhuas.

This is definitely recommended to read its a good enjoyable and fun ride if you like cultivation magical beasts martial arts treasures smart MC and a legendary master this is good.