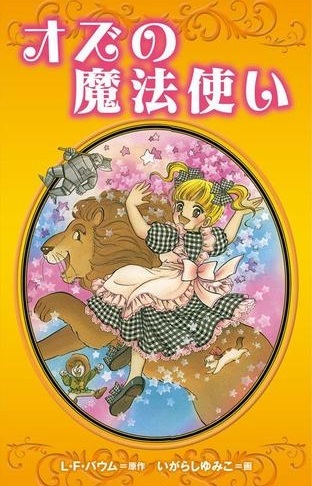 Loosely based on "One Thousand and One Nights," this is about the adventurous Princess Arya and the exciting journeys with her companions: Her ever so-loyal-but-nagging servant, the coward Genie, a leopard-turned-bishonen, and none the least her brave handsome fiance prince!

Sylvie searches for the princess fairy who has lost her body in the human world! Charlotte just moved into the new town, with a couple secrets about herself being hidden for as long as she could remember. One of them was her being a witch… and she disliked being associated with witchery in anyway. When she found out her new accommodation was a run-down house that used to be owned by a popular witch in town many years ago, Charlotte was about to make a move again! But as she crossed path with Sylvie and the beautiful (but very naughty) fairy princess, circumstances change...

Out of the blue, protagonist Snow White finds herself transported to a strange world. Here, many unusual creatures roam, and all the signs and words are backwards. To leave this world, Snow White must fulfill one condition: "Make Alice the King." For the sake of returning back to her own world, Snow White must team up with Alice but… A strange yet wondrous fairytale-like fantasy awaits you.

One day, Ui Ichijo, a girl who loves book so much, enter to the forbidden room that has so many books. When she spells a magic word, the wizard with silver hair-colored appeared. From that day, Ui's destiny starts changing.

Rina is always busy studying and working to support herself. After the depressing news that she again lost first place in the school rankings to Julius, an expressionless guy who is her arch rival, Rina finds Milch, a little fairy girl. Later, she meets Sylvie, a Fairyland knight who has come to rescue Milch.

Kilala is a girl who wants nothing more than to find true love, just like the Disney princesses she loves and admires. One day Kilala finds a beautiful boy passed out on the ground and awakens him with a Sleeping Beauty-style kiss. His name is Rei, and he (and his companion Valdou) are searching for the owner of a tiara; this ‘chosen princess' is said to be able to save their country across the sea. After Kilala's friend Erica is kidnapped for winning a princess contest, Kilala sets forth on an adventure with Rei to find her and beyond. Together, they travel to the worlds of many Disney princesses, make new friends, defeat powerful enemies and even find true love!