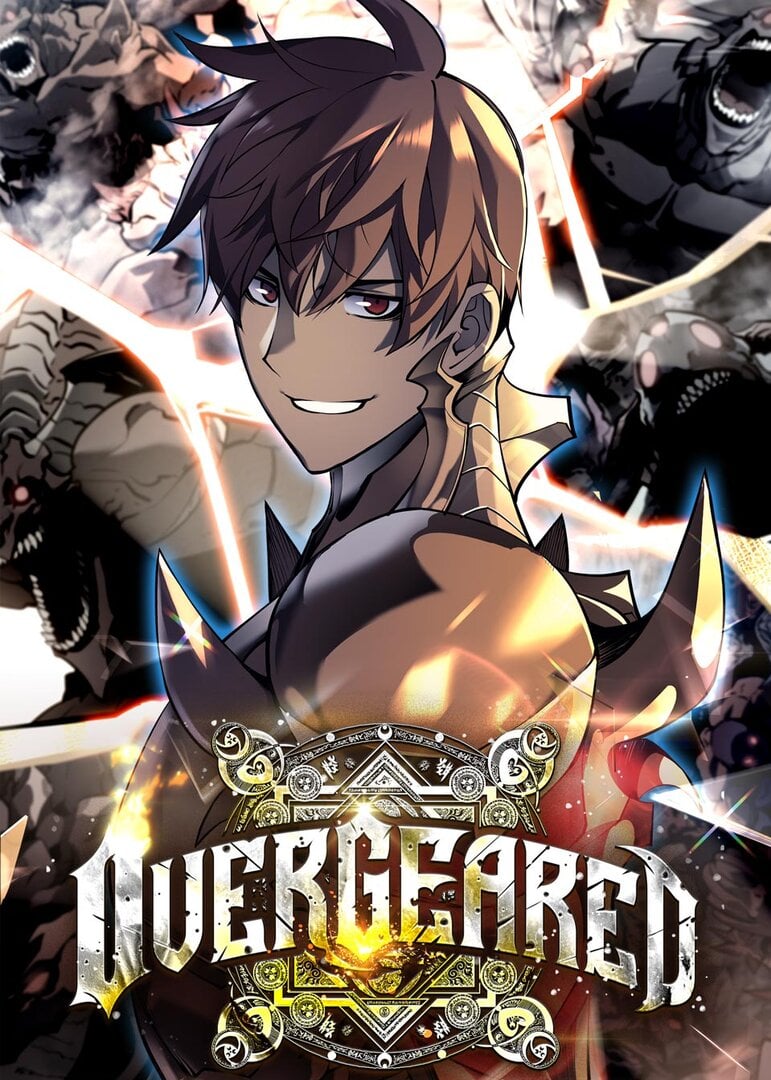 Hyun Lee lives with his grandmother in poverty, working part-time and trying to make ends meet. One day, he enters a virtual reality game called Royal Road. Why? To earn money. Though he wants to earn money through the game, he is only a sculptor that makes very little. From getting free lunches by flirting with NPCs to grinding day and night to level up his skills, he is determined to create an avatar that can save his family from hardship.

Both MC are playing in game because they need to earn money.

Both MC is playing unusual calass, where and evryone is joking about this class but later they are impression.

Both MC have a similar personality.

totally look alike, even so the Overgeared sounds like a cheaper version of the monnlight sculptor.

In the real world, Taehyun Kim has a boring low-effort life, but as a virtual reality gamer, he lives for a harsh challenge. Why become the best player in the world’s hottest online game if you’re going to do it the easy way? Warrior? Nope. Rogue? Nah. Taehyun wants to reach #1 as a blacksmith or, even better yet, unemployed. Unfortunately for him, his natural skills keep interfering, and this game likes him way too much! Seriously, how the hell did he end up as the god of luck?!

Both plot is set in popular VR game.

Both MC is playing special class chatarater in game. Where both of them are doing what they can to improve they lv. in game.

Alos both charater are related to money.In Overgeared MC is playing to support his family.In  I'm Destined For Greatness! charcer (in game) is related with money to improve his lv. and skills.

Hilarious stories with unique way of dealing with everything in the game! Both are about VR games

The most story thats like overgeared, both characters get shoved on them a class that is legendary, both go towards the route of making money and both have a lot more similarities.

Paraplegic ex-sniper Ha Yiha is getting a fresh start in the VR game “Middle Earth.” He hopes to become a powerful player and earn enough money to afford surgery, but there’s a small problem… an untimely logout leaves him playing as a musketeer, the game’s most ineffective class. Luckily, he’s able to use his real-life sharpshooting skills to take musketeering to new heights. As his unprecedented progress turns heads and prompts new quests, Yiha thinks he’s got a shot at success, but he may have just landed himself directly in danger’s sights.

OVERPOWERED main character with a lot of endurance. Both MC are also interested in NPCs in an unusual way. Both stories are mostly playing in a virtual mmo.

OVERPOWERED main character with a lot of endurance. Both MC are also interested in NPCs in an unusual way. Both stories are mostly playing in a virtual mmo.

‘Loser’, ‘Weakling’, ‘Rock-bottom’. These are all titles people call me in real life. However, that’s only in the ‘Real World’. There’s no reason why I have to be a ‘Loser’ in a virtual reality game as well! I’m going to become the greatest in a video game! ‘Loser’ Park Noa’s challenge to become a pro-gamer.

Both game related with great art, not much to say.

In both main plot is embedded in VR-game world.

In both VR world is fantasy world in medival time.

This story is quite darker than most gaming themed which makes it one of the selling points of this manga. It has an Epic story!!!

A Returner's Magic Should Be Special

For 10 years, magical prodigy Desir and his party have been battling inside the mysterious Shadow Labyrinth—and against the end of the world. Much of humanity has already perished and just as Desir is about to be killed, he's sent back 13 years into the past. Despite knowing the cursed future that lies ahead, Desir steels his resolve as he sees an opportunity to train his friends and better prepare to face Armageddon together, without losing the ones they love!

Second Life Ranker: has Is a great manga with a darker story which makes it epic to read. And the world is Amazing. And the action is world-class!!!

Kang Minhyuk suffers from a rare disorder that makes it impossible for him to stop eating. Despite strict diet and exercise, Minhyuk’s weight is now life-threatening. As a last resort, his doctor recommends a unique treatment—Athenae, a VR game where one can eat as much as they want without consequence. Crispy fried chicken! Scrumptious samgyetang! Inside Athenae, all food tastes real, but earning it is no cakewalk. In order to live, Minhyuk must go on the ultimate fantasy gourmet adventure!

Both protagonist's have a class which seems like it should be very weak in combat but turns out they are legendary classes and are extremally strong in pvp.Both very enjoyable reads one thing to point out though is Grid's personality is quite bad at the start but he gets better.

They remind me of each other because they are both about technology in a way.

One is about gear in a game and the other about the latest technology achievements.

Both MCs use some kind of technology to improve themselves.