Shin Youngwoo (a.k.a. Grid), an unlucky man in life and a low-level player in the popular VR game “Satisfy,” finds a powerful item that earns him a rare legendary class title: “Pagma’s Successor.” He’s now a skilled blacksmith who can forge unique weapons and equip the game’s most powerful gear. Grid resolves to use his new abilities to achieve fame and fortune, but as his very existence begins to stir up trouble in Satisfy, he realizes that life as a legend may be more than he bargained for….

I really wanted to like this manhwa and it does deliver from time to time. The art is pretty good and it is fairly funny at certain moments, but the story really suffers because of its superficial characters and, mainly, because of the protagonist, Greed. It's rare for me to complain about OP MCs, but this is a great example of the story with this premise done really wrong. The biggest problem is that the story doesn't allow for the MC to grow in a meaningful way. Everything always works out in his favor even though he doesn't listen to others and is a big douche in general. It can be entertaining during the first 50 chapters, but when you're over 100 chapters in and the MC basically has not redeemed any of his shortcomings or improved in any way, the story just falls apart. Greed needs to be actually humbled and receive an actual opportunity for growth. All the characters say that Greed has grown, but his actions and attitude never support this. He's only becoming more arrogant and the story is becoming progressively more insufferable because Greed (SLIGHT SPOILERS) does not deserve his own guild, does not deserve to be the leader, and does not deserve this level of unconditional affection from other characters. It's all the more jarring when the female leads fall head over heels for someone like Greed, when, really, his only redeeming qualities are his strength and abilities. Especially, when he treats them like simple conveniences at best. It's just so superficial and is done simply because the cliche says so, the OP MC must have a harem, and who cares about the personalities of the characters, their chemistry, and the overall plot. And I'm not against harems, it's just really poorly done.  When you take all that into consideration, what you're left is is an unsatisfying story with many of the payoffs falling short. P.S. SPOILERS AHEAD I just wanna talk some more about how stupid the relationships Greed has with female leads. Disregarding the fact that he did nothing for Jishuka and Yura to fall for him and he is, generally, an unlikeable person, him marrying Irene and their "relationship" is straight up offensive imo. The story does nothing to actually give Irene any personality beyond the bare minimum waifu qualities. Greed talks about how NPCs have feelings and emotions, but then he gets her love and maxed out affection by completing a quest that clearly states those as rewards for clearing it. The author seems to view women as some objects that can be "won" by clearing certain conditions or simply being powerful enough in the case of Jishuka or Yura. This is probably the worst harem and the worst romance I've seen in a while. There are a lot of stupid harems out there, but at the very least most of them do not take themselves seriously. This story had the audacity to talk about AIs being possible romantic partners in the future, while utterly botching the execution and objectifying woman to a stupid degree while being serious about it all the while. Like, wow. After reading quite some amounts of garbage harems and isekais, this is the first time when I found the depiction of women and romantic relationships to be this jarring.

Read it ! The beginning is slow and the main character is not realy smart BUT as time pass the main character personality becomes more and more interesting, profound, human. Moreover the story is becoming qicker as the story is progressing. And the art is very good and fit well with the story. Update: I m at chapeter 106 and I confirm that you have to read this masterpiece trust me this is great really great.

Review I gave this series two chances, and sadly I couldn't get past chapter 26 on the second run. For me personally, I find the MC too dumb and annoying. He's slow on the uptake, he doesn't have a steady job and goes to the labour office to just get some random job, he is very selfish in his actions (puts himself in debt and then complains about it and at one point wonder if his dad can bail him out) and overall I just find the MC to be very obnoxious/annoying. I'm unsure about the surrounding characters since I didn't get very far into the story, but it seems like they are somewhat decent at least from the few ones I encountered in the story. The story itself is pretty decent. Sadly the story premises itself have become quite saturated right now in the manhwa space with all of these gaming manhwas where people who are nothing become legends (classic "Zero to Hero" type stuff). Art is very good, the characters are simple but well designed, the gear (from what I saw) didn't look too outlandishly designed but give a good distinction between the different tiers of gear, environment is well drawn and you always get a good feel of how it would feel to be where they are.  Summary A low ambition and dumb MC, who gets lucky by acquiring legendary class skills and being able to craft outlandish gear for him and others that he can then sell and make money off in game, then somehow convert the money in game to IRL currency.  Your classic Korean manhwa plot that is now slowly becoming very common in the market, which makes the genre in general quite boring and stale (in my opinion at least). While not being my cup of tea, I can see why it can be appealing to many others (as I'm well aware that I'm in the minority to drop this manhwa).  If you are a big fan of these "Zero to Hero" type stories, then this is something for you, the only thing I would think of would be if you can handle the dumb MC (because I couldn't sadly). 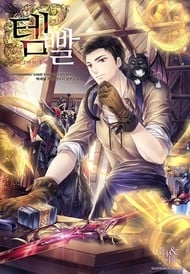 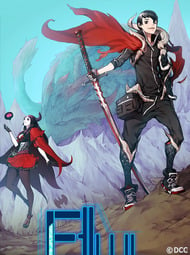