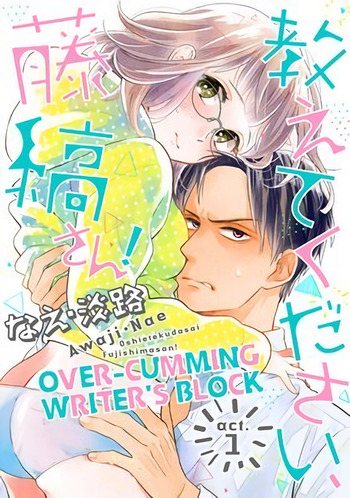 “Me, an office lady who's good at her job, and my useless boss: There’s no way we could fall in love. You see, my perfect boyfriend is the star of the sales team. I've no interest in men who are bad at their jobs...... or so I thought.” This story is for those girls out there who find comfort in men other than their boyfriends. Those timid guys you always hear about are actually very......!

Yukimi is a high school junior and cheerleader already scheduled for her first marriage interview. She's seen a disappointing picture of her nerdy potential groom - and he has such a weird name - so Yukimi has every intention of rejecting him, but she's still curious to go and see what a marriage interview is like. Later that day, Yukimi meets her ideal man at a football match and inadvertantly begins cheering only for him -- despite the fact that he's the opposing team's quarterback! He gives her a bold and seductive response. Ah, if only Yukimi's marriage interview could be with a guy like this... But why won't the sexy quarterback tell Yukimi his name...?

Kanami is a 1st-year high school student who Lady Luck hasn't shined on in the love department just yet. One night after falling asleep, she is paid a visit by a mysterious figure who leaves her with a most dubious present -- a book of magical tickets that elicit total obedience from the opposite sex for 24 hours. Kanami is naturally skeptical...but will she pass up on this chance to turn her dreary high school existence into a rose-colored one?

The story is about a woman OL who will go in the club "TOKYO" after her boyfriend dumped her because she did not have any expressions on her face; she is like a beautiful statue. In this club there are georgous men who therapies women in order to become more beautiful and also to relax, especially Naoki who has the Angel's hand. With his hand he will make her feel better... but there is a problem, he is a maniac of the beautiful hand, so he will fall in love with her!

My boyfriend's a little on the sadistic side, and he takes pictures of me while he's taking me from behind... I know it's wrong, but it gets me going so much that I shiver and cry.

Sadism Overflowing From Beneath His Smock

Asahi is a doctor in training who reunites at a hospital with Yamato, her classmate from middle school. Yamato used to be nice, and they promised that they'd become doctors, but for some reason he's transformed into an unbelievably cold-hearted heart surgeon... "I'll train you," he says, and starts to teach her medicine know-how, but then adds: "I need to relieve some stress. You can pay me with your body," then suddenly gives her a long deep kiss just a like a lover would! What is Yamato planning!?