Out of Control - Recommendations 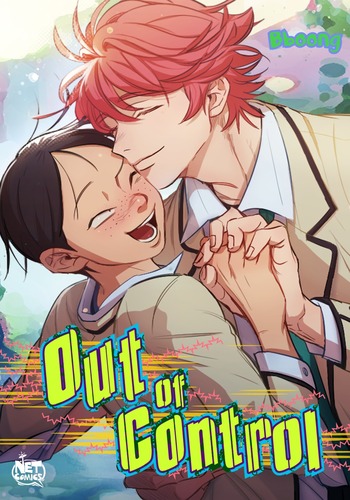 this to me tops out of control i still love out of control (my first BL manga) but out of control has many turns and twists and it just pulls at you heart stings if you like this mange you'll LOVE this one you end up thinking "NOOOOOOO, WHY???????, COME ON!!!!!" and i know this is super enjoyable even if romance isn't your first choice

Both stories feauture a possessive 'seme' lusting for a supposedly strong 'uke'. Both feauture questionable side couples, though Out of Control's resolution is much more complete than At the End of the Road. If you were at any point uncomfortable by OC's male lead, don't read AER, he's much worse.

Kim Jumi's life is like that of any other teenager preparing for her SAT's: all work and no play. But one summer day, she witnesses something on the rooftop of her school... From then on, she finds herself getting progressively more tangled up with two boys who're in a complicated relationship.

They're both webcomics, shounen-ai, and school lifes, but beyond that their tones are just really similar. Yuri in Out of Control shares a lot of similarities with the two main male characters in this summer, especially in the hiding a darker past aspect. Both series are also relatively slow-paced compared to some other series, but they never actually feel slow

Awkward Yoshida is hated by all the girls in school for his perceived closeness with hot guy Sato, who uses hanging out with Yoshida as an excuse to turn them all down. If Yoshida is merely an excuse, why does Sato taunt him in private about “his favorite”? Is it possible Sato’s feelings run deeper than friendship? And what could he possibly see in the funny-looking Yoshida?

Both stories have the basic plot of "most popular boy in school dates ugly, unpopular kid". The stories aren't exactly alike and are actually quite different but if you enjoy one, I'm sure you'll enjoy the other.

They have similar art styles and tones. Both are more lighthearted and comedy focused stories about high school boys' budding romance, though they both have their fairly serious moments, too.

Mr. A is a mild-mannered salary worker. Mr. B is a lazy college student slouch. When a night out drinking ends with Mr. B passed out on Mr. A’s doorstep, the two somehow get along. Friends or more? They may be opposites but, like opposites, they attract.

Not a Sugar Daddy

Jungwoo gets misunderstood because he looks older than his age despite being 20 years old while Youngmin looks like a highschooler despite being a university student.

Jaewon has known that he likes males since he confessed his feelings to a boy named Yoonsung in elementary school, but when Yoonsung tells him that liking other boys is weird, Jaewon tries to hide his "weird" feelings and push them away. Now in high school, he's developed a strong crush on his kind, handsome classmate Karam, and Jaewon decides it's time to finally confront the reality that he might be gay. He asks for advice over the internet and befriends another gay student named Junseo, who becomes Jaewon's emotional support in his quest to win Karam's heart.