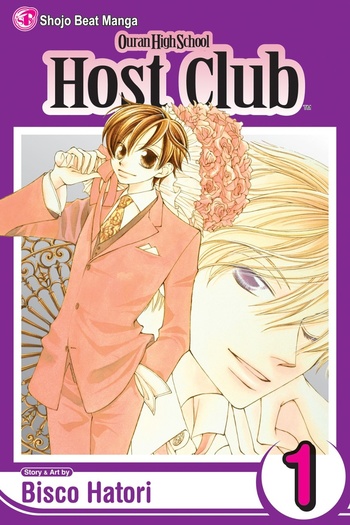 SPOILERS> I was pretty disappointed :( Ahhh so excited to read it, I had heard it was on par with fruits basket so I guess my expectations were just way too high.  First off, I hated that there was no progression of time for most of it.  I mean who wants to read a high school drama utopia where time never passes? Not me.  I wanted to see very badly how the charaters would deal with the imminent goodbye.  When she finally added some of that element, it was very cheap.  Hunny and Mori graduated, but nothing changed, they were still always there with everyone so. Not very moving.  Same thing with when Haruhi decided to move away.  When I found out everyone was going with her I was really annoyed.  I thought it was beautiful how everyone was saying goodbye to her and supporting her even though they knew what it would mean, I was even hoping to see the "one year later" scene with a reunion.  I thought it was really lame that she ended it that way, it's like the story never went anywhere at all except between tamaki and haruhi.  Every single episode was a minisode until halfway through the series.  Nothing was relevant to the story or moved it forward or inched the characters closer.  So there was no passage of time there either.  After about 10 volumes, I felt like it had been like 5 years of seasons and I still felt like the relationships and "character" of the characters were exactly where they had been at the beginning.  The occasional episode she threw in that was meant to move us didn't do so.  It was abrupt with no transition, no foreshadowing and poor panel work to move your eyes to the right images at the right time.  Perhaps it didn't keep because she sandwitched it between 10 episodes of those filler, in which our main character sat in the backround with a blank expression saying "really guys?" for 15 pages, then was given 7 close up panels in a row to emphasize how affected she finally is.  I mean seriously, did Haruhi ever say an intelligent word for the first 12 or so volumes?  She came across as so lethargic and uncaring that I hated her for most of the series.  How am I supposed to enjoy a love story or anything else with her as the main character?  I liked her better after she realized her feelings, but soon she went right back to being apathetic and by the end of the series, no one seemed to change at all.  Haruhi merely felt more emotions (still without expressing them), we never saw tamaki's kotatsu dream come true, kyoya hunny and mori were basically irrelevant characters, and the big "battle" between hikaru and tamaki was nonexistent.  I also felt the series was hilarious, but it may have ruined the important parts, which is really why I was reading this.  I mean, anytime that she would really draw Tamaki's face, I was like wow so that's what he really looks like.  I almost couldn't see the characters as real people, just those goofy faces she drew on them when they were spazzing out, which was ALWAYS. it was very funny.  but it took away from the turning points because EVERY SINGLE TIME there was an important moment, she completely downplayed and ruined it with one of those ridiculous panels of all the characters silly faces.  I just couldn't take it seriously after awhile.  I also noticed that she reused the characters "serious" faces OVER AND OVER.  seriously, on the same page she would show the same face more and more zoomed in as another character gives them their ephiphany.  I mean come on that's not art, it's lazy.  Emotion is so important in manga!  It's a delicate illusion, you can't shatter it with that crap! It felt like the important moments were carbon copies after awhile.  I couldn't even look at tamaki after awhile because his beautiful picture was used so frequently I was like oh my god make it stop! The drama wasn't my taste either.  I was honestly bored a lot of the time, there was so much talking not enough actually happening, then when it did happen, it was still not too exciting.  Sometimes I would turn the page and see so much text that I would be like ok i'm done for today. And a side effect of that was that there were not enough drawings to carry along what was happening.  A character would have like 5 speech bubbles bursting with text going to one drawing.  Because of these things, I didn't respect the author very much.  I don't think she's quite as talented as other manga authors.  I don't think i'd be willing to invest the time to read this again, it just wasn't good enough.  This is the first time I've ever thought an anime was better.  Unlike most adaptations, the creators did not just take the first 25 episodes they found and made exact copies.  The people who did this anime really looked at the whole series and said "ok what is the best story we can make in 25 episodes, what is most important."  and they really did that.  it was hilarious, but i still felt the power of the emotion in the specific episodes set aside for character profiles meant to advance the relationships in the story.  It is probably one of the top animes I have ever seen because it incorporated two elements seamlessly, very difficult to do.

When I read this manga, I feel refreshed. The art is great (the character design was a tiny bit funky at first) and fittingly adorable. If you're going into this manga looking for psychological undertones or intense character development, you are looking in the wrong place. This is a shoujo manga....  And of the many... maybe a little too many... shoujo  mangas I have read, this is my absolute favorite. Why? Because it is hilarious. And there are some decent ships.  intense romance is NOT in this drama. We are dealing with some seriously dense characters, so don't expect that either. Romance does come eventually though If you are looking for an adorable and hilarious shoujo manga, this is one of the best you're going to find. 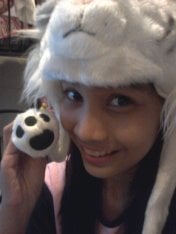 Ouran High School Host Club is one of my top choices when it comes to story and overall ratings. Why? Simply because I love reverse harem and rom-com stories :P The plot is the best possible plot ever. I cried a lot, laughed so much, and even fell in love with them. That's how great the story is! I never expected that Kaoru would give up his feelings for Haruhi just because he knew that Hikaru feels the same way for Haruhi in the early part of the story. I was moved by Kaoru's efforts just to help Hikaru and make him realize his feelings. When Hikaru realized his feelings and made a move, I was cheering for him (LOL). I felt so disappointed when he did the same thing to help Tamaki even though he really really love Haruhi (-.-")! (That opinion is biased because I'm in favor of Hikaru :P) But, I realized that it is better than any other possible plot. Another reason for my disappointment is Kyoya. I think that Kyoya would best fit to become Tamaki's rival. Anyway, the story would be better if he, at least, didn't stop his interest for Haruhi even before it developed. I just thought that they will also have few more lovey-dovey moments. In addition to the story plot, wouldn't it be better if the mangaka made another special chapter regarding their future? I wanted to know what happened to Kyoya, their company and his brother's fiancee. Kyoya and that girl deserves a special chapter about their love story! :P Characters in the story fit perfectly as they are so I really have nothing to say about it! *hands down* I hated Tamaki Suoh at first but I learned to love his character so much as I read further. He's the type of guy that can't be easily found. He's a perfect idiot and a perfect lover! *o* **I LOVE HIKARU and KYOYA!** 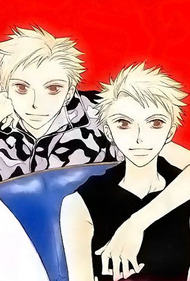 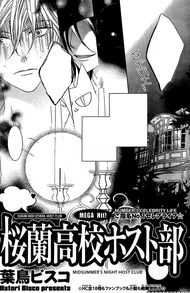 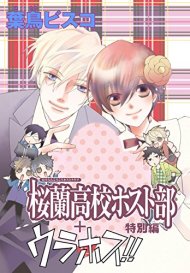 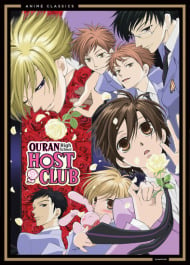