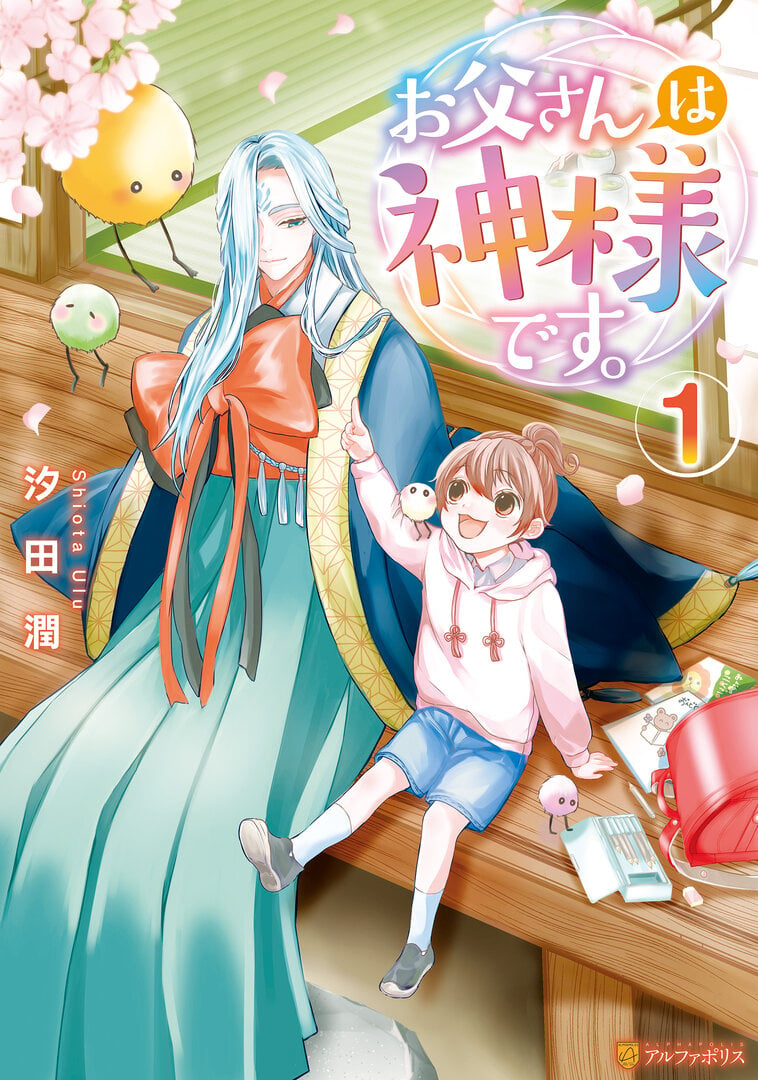 Two months ago, 10-year-old Takuya’s mother was tragically killed, leaving the boy, his baby brother Minoru, and his father behind. With his father working to support the family, raising Minoru becomes Takuya’s responsibility, even though the boy is just a child himself. And with having to clean, do laundry, pick up Minoru from daycare and to try constantly to stop his sibling from crying, Takuya constantly changes between loving his relative and resenting him. Still, he’ll try his best to be a caring big brother to Minoru, as his mother would have wanted it that way.

Karin Hanazono’s life isn’t easy; she’s an orphan, her grades are poor, she’s terrible at sports and in general, she is miserable. After the death of her precious pet, Karin met a strange boy named Kazune Kujyou – an encounter which changed her life forever. For Karin, as she then discovers, is a goddess! Now, with the help of Kazune and his cousin Himeka, Karin will learn how to use her powers and protect her new family. As she learns more about herself she must also face the mysterious people who share her powers, and discover what it is they are fighting for.

Long ago, a brother and sister lived happily on Mount Olympus until they fell in love. The other gods were so angry about their forbidden love that they exiled them from the mountain, turned the brother into a demon and imprisoned the sister in the deep ocean. As her body rotted under the waves, she asked her demon brother to find a girl that looked like her so that she could possess a new body. In the modern world, the demon finally finds the correct match: a high school girl who looks exactly like his beloved sister. Instead of offering her up for possession, however, the demon falls in love with her. Jealous, his sister sends Death and Onis to take the girl's life!

Honoka Sawada is a lonely fourteen year-old girl who has no friends at school and spends her nights alone - that is, until one day she wakes up to find a fire-breathing baby named Mao in her bed! After meeting the mysterious principal of the Chibi Devil nursery, Honoka learns that Mao is in fact a demon baby, and she is now his surrogate mother. With only her anime-obsessed childhood friend Kyou and his hot-headed pal Shin to rely on, Honoka decides she can’t possibly look after a child and asks the principal to find a replacement parent. Now, until a substitue can be found, Honoka will have to spend the next month looking after Mao, but will she be able to cope?