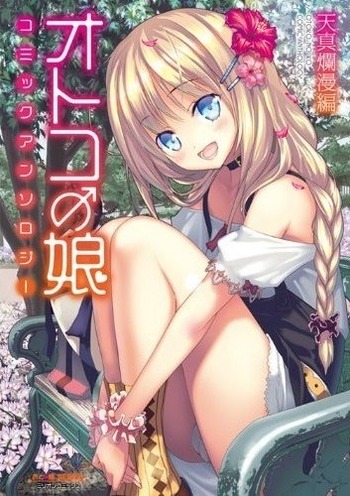 If you're looking for anime similar to Otokonoko Comic Anthology: Tenshin Ranman-hen, you might like these titles.

Shiratori Nagisa is an idol who's continuously badgered by her father to find new disciples for the family dojo. In an attempt to act like a normal kid, she cuts her hair and crossdresses as a high school boy. "Ootori Nagisa" enrolls in a run-down school, falling in love with a rival school's gang leader, Nosaka Akira. She soon finds out Nosaka-kun is a fan of Nagisa... the Idol. Keeping up the charade, they manage to spend time together. Rivals for Nagisa's affection, their dojo-running fathers and martial artist animals conspire to make thier lives as complicated as possible.

Poor Yzak has never been able to beat Athrun at anything, but now he has a new plan: first, he'll figure out Athrun's secret to victory and weaknesses by spying on him and his friends. And second, he'll challenge Athrun and Kira to a winner-takes-all volleyball match! Meanwhile, ZAFT member Shinn Asuka and his team receive orders to break up their enemies by ruining their friendships. To destroy Kira, Athrun, and Lasus' special bond, they'll have to resort to extreme measures: Crossdressing and time travel.