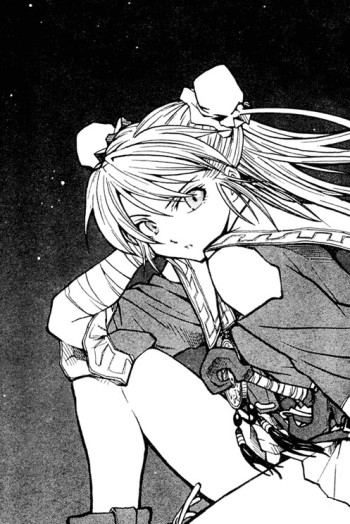 Figures are one of the many things that otakus love. Kotobuki is one of those otakus that love figures. One day he looks through his aunt's storage and finds a Japanese doll. His aunt warns him that the doll is cursed and has been put away for a long time due to this. So what? Kotobuki only sees the Japanese doll, named Ai, as another figure to add to his collection. Ai, existing as a doll to scare off people, feels insulted that her scares aren't working, but at the same time she realizes that Kotobuki isn't just an otaku, he has pride and love for figures, and Ai is no exception

Fushimatsu Fushio is an unpopular loser who is screwed over by a lazy Cupid, Kyupiko, who gives him the curse of being hated by the entirety of womankind. Years later God realizes how horrible a situation this is for the poor boy and kicks the lazy Kyupiko out of heaven until she fixes the situation.