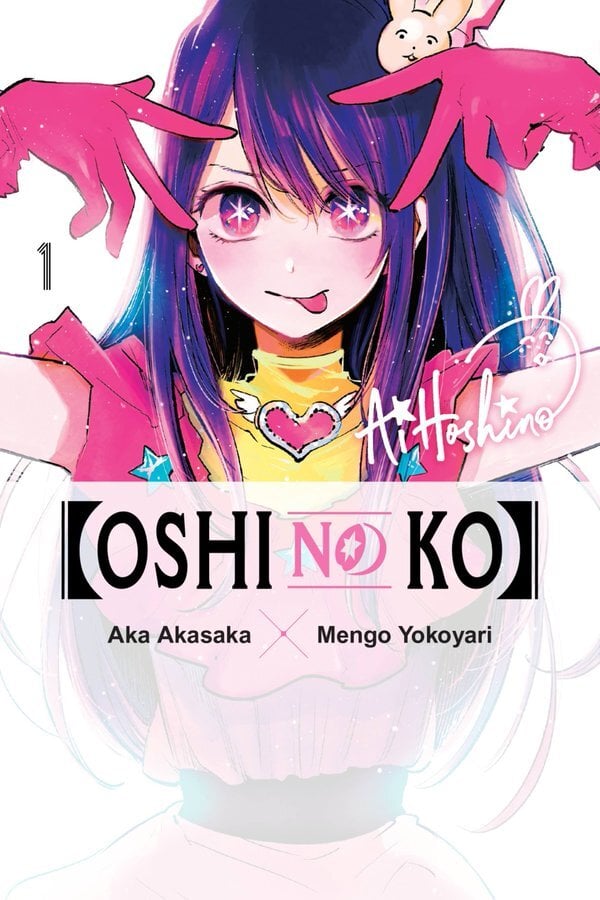 underrated as hell, the artwork is amazing as well. this manga is one of those you feel like you wont like it, but if you go to chapter 10 or so, you'll become really addited

I am so heartbroken and confused.

Story: A doctor is reincarnated as his favorite idol's son. I have read the 11 chapters out and I did not expect the events that took place to happen. I do like how this turned into a mystery, but I'm still sad. The turning point of the story is chapter 10, I believe. I don't really remember.

Art: It's so cute but sometimes their smiles are creepy.

Characters: I do like the main character and his twin sister, but his mental state is pitiful. Their mom, I think her name is Ai, is such a cheerful, optimistic person. Dammit.

Overall: A pretty interesting, tragic manga that twisted my heart.

Amazing art and very unique storyline, absolutely love it. Found this after reading Berserk chapter 364 and now I am full of regrets.

Surprisingly good, at first, I expected a somewhat different story, but what it has developed into is also pretty nice. Recommend reading.

This is a still-developing story, the tone of this manga hasn't been fleshed out yet.

The story is a serious and heartbreaking one, about the cut-throat world of entertainment and how Idols in Japan are mistreated. Idols can't have relationships, because the fans feel betrayed, Our protagonist's mother Ai is an Idol who is killed because a crazy fan couldn't accept that she had a lover and got pregnant with his child (children cuz twins).

The tone I mentioned earlier is because it is neither a murder mystery looking for a killer nor is it about teenagers trying to make it into this dangerous industry.

It still needs quite a few more chapters to figure itself out. I Will update the review when it changes

Until then I can't really recommend it. But you can do whatever you want, I'm a review, not a Cop.

UPDATE: Later chapters do increase the overall enjoyability of the manga. It definitively ends up being a "teenagers in the entertainment" industry story. Still seriously entertaining.