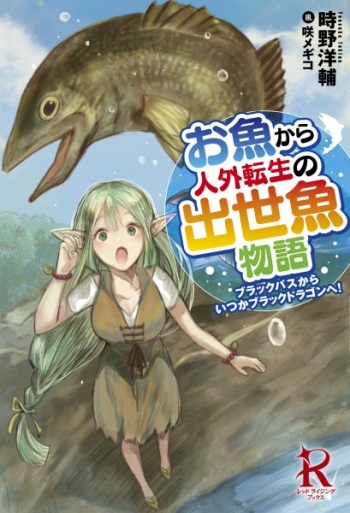 If you're looking for manga similar to Osakana kara Jingai Tensei no Shusseuo Monogatari (Light Novel), you might like these titles.

A horse that reincarnated from modern Japan into another world and is enjoying the horse life in the forest got kidnapped by Commander Felix, a military person he had saved, to become his personal battle horse. The horse gradually opening up despite being worked hard by the sadistic commander, when a certain incident revealed his true identity………!?

An unappealing otaku awakens in the body of a pig after he passes out while eating raw pig liver. Pig finds himself in the company of Jess, an innocent girl who can read people's minds, and she accepts him despite his boorish thoughts... although she does plan to eat him. When Jess is in danger of succumbing to a dark destiny, can Pig save her using only his quick wits, wisdom, and refined sense of smell?

Harumi can’t remember much, like who she is or where she came from, but one thing’s for certain... She’s somehow been reborn as a treasure-chest-shaped monster—a mimic! And no sooner than she gets her bearings, she gets unceremoniously dumped into a labyrinth full of other monsters and told she must survive for at least five days. Between treasure-hungry adventurers murdering their way through the labryinth and monsterous rivals joining the fray, that won’t be an easy task for a newborn mimic! But although it seems like Harumi’s received the short end of the reincarnation stick, she has an invaluable asset on her side. They say that Helen of Troy’s face launched a thousand ships, and, well…it looks like Harumi’s legs can do the same!