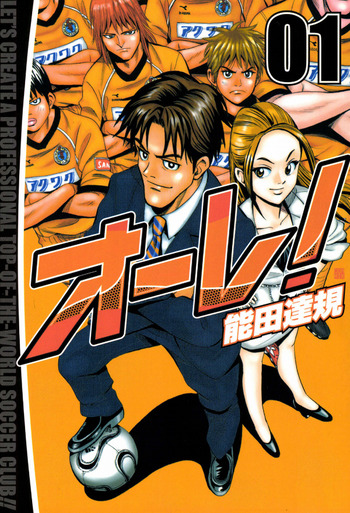 Ashita Aoi, a self-proclaimed soccer genius. While he is affiliated with a junior team in his native Ehime prefecture, a violent incident on field ends his career in middle school. In the depths of his sorrow, he meets a man by the beach.

Their pass work has become splendid! The captain observes the field! In the ever-popular Enoshima soccer manga, “The Knight in the Area,” serialized in Weekly Shonen Magazine, Iwaki Teppei progresses from being a young soccer coach to a professional soccer player. The story from his high school days is about to unfold! How did this young soccer boy evolve into a genius midfielder?!