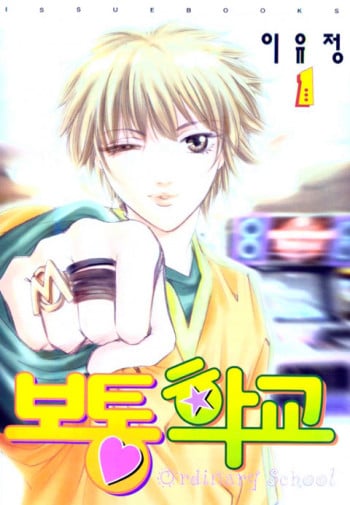 Suzuhara Mugi is a fifteen-year-old on a mission. She is determined to somehow get onto the campus of Shoukei High School, one of those super super elite private high schools. Mugi is searching for her missing sister, her only remaining family, and she has been led to believe that someone or something on the campus of that school will help her in her search. Unfortunately, that strict school security is preventing her from getting onto the school grounds. However, her luck changes when she literally runs into Midou-kun, the son of an insanely rich mega-corporation president, and elite person at the school. Midou is not impressed with Mugi’s sob story about needing to get into the school. He is a very smug and arrogant rich guy. But he can be reasonable, and he eventually strikes up a deal with Mugi: he will get her onto the school grounds in exchange for some labor on her part. She must come to his house and work as a maid!

Nanhi Hong is the second child in the Hong family. She has an older brother, who is the jjang (boss) of his school, and a younger brother, who is a member of the rival school's gang. When Nanhi meets a mysterious student, things begin to get complicated. What will Nanhi do?

A cute story about Honoka and the guys she has to live with (a pair of twins in kindergarten, a junior high student, a high school student, a college student) as well as the other guys she meets in school. Honoka is generally a sweet, naive girl which draws an assortment of guys who instinctively want to protect her and maybe become her boyfriend...

Chiyoko, in her second year of high school, transfers to a co-ed school due to her dad's job transfer. Since she's only attended an all-girls school since junior high, she excitedly plans to fall in love in her new school. Out of the blue, she begins to see the love meters of 5 hotties and an options window as if she were in an otome game?! She encounters various types such as a glasses boy, a playboy underclassman, and a mysterious senior. Meet-cutes with boys come one after another. This is the beginning of a real otome game school life!

Uri was just a normal, average female high school student, but, one day, she suddenly got three older brothers!! Not only that, but they are all extremely handsome?! Surrounded by big brothers like that, who will be Uri's first love...?!

Hina Nobara is a girl from a good family who is the student morality officer for her school, the private Matsubase Academy. One day, a group of four sexy guys from the neighboring delinquent boys high school suddenly appeared before the sober and serious Nobara. They were incredibly attractive, but they were also the worst sort of people. Will they keep the innocent Nobara on their hook!?

"Why don’t you try and see if you can really change us?" I’m going to start a club with the bad guys of this school!? And if I fail, we’ll all be kicked out...!

Senior high school student Mirai is surrounded by good-looking guys. One day, a mysterious fortune teller foretold that she would marry one of 3 guys… with whom does she share the red string of destiny…??