Only I Level Up: Solo Leveling (Novel) - Recommendations 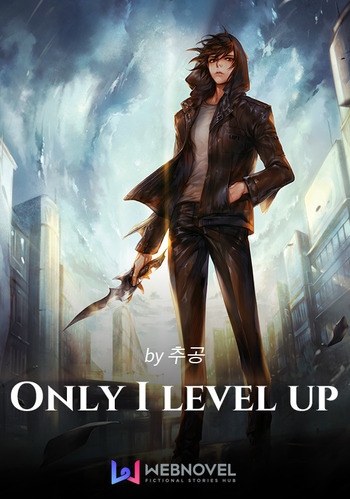 If you're looking for manga similar to Only I Level Up: Solo Leveling (Novel), you might like these titles.

Both start with weak MC getting stronger and stronger. And the MC are carismatic and the action is very run to read.

They start out incredibly similar. They both have the same motivation (mom is in a coma and I need to pay her medical bills). They both start out incredibly weak and get hurt all the time, and become a busted, unbalanced badass over time. They both even use some of the same terms for things like Hunters and Awakened. They both take place in South Korea. I feel like they are too similar for it to just be a coincidence, but I can't figure out which one came first. Then again I don't really mind all that much since they're both good, and maybe I am Sorcerer King will actually have developed characters.

I read up to chapter 59, I love reading these stories about someone being reincarnated and that they make big changes in their life. I can't wait for more of these chapters to come out

Character is weak at first and gets laughed on but later gets reborn and gets super strong and protects his friends with his new found powe4r and also searches for the true mystery behind his rebirth.

Evolution Theory of the Hunter (Novel)

In a world of dungeons and monsters – you can become strong if you just have enough money. Rare skillbooks that can magically upgrade your skills in an instant are sold at exorbitant prices. So only the privileged and rich are able to buy their way to become hunters – a much revered occupation that allows one to enter dungeons and hunt monsters. Our MC is a porter, a sort of caddie for hunters. He dreams of one day becoming a hunter when one day he comes into possession of a skillbook. But the skill is a level 0. Something unheard of. No one wants it. People laugh at it. But he learns the skill – only to find that it might be the most amazing one yet.

Karaboshi Haruki has no presence as far as can be recognized, and so he became an adventurer with only the desire to "stand out." One day, a dungeon appeared under his home in Hokkaido. Coincidentally, he picked up a "Skill Board" with which he can spend skill points to increase his growth rate. Is it possible to become a popular person by obsessively diving into your home dungeon everyday?

His friend and his wife betrayed him. The only thing left to him was his massive debt and his precious daughter. He was without hope as he lived at the bottom. However, a last chance had come to Sungyoon.  He was a ‘man without a heartbeat’, and he will explore the Moon’s Labyrinth. He’ll explore the parts of the dungeon yet to be seen!

I failed and will challenge again. There is no room for failure in my second life! 72 dungeons and their owners that appeared on earth. And the Awakened. I am a hunter that will devour all of them.

Trash of the Count's Family (Novel)

When I opened my eyes, I was inside a novel called "The Birth of a Hero". It was a novel focused on the adventures of the main character, Choi Han, a high school boy who was transported to a different dimension from Earth, along with the birth of the numerous heroes of the continent. I became a part of that novel as the trash of the Count’s family, the family that oversaw the territory where the first village that Choi Han visits is located. The problem is that Choi Han becomes twisted after that village, and everyone in it, are destroyed by assassins. The bigger problem is the fact that this stupid trash who I’ve become doesn’t know about what happened in the village and messes with Choi Han, only to get beaten to a pulp.

After dying, I woke up as a weak goblin. To survive, I have to destroy, consume, and evolve off of other monsters. From the ugly guy to the king who rules everything!

Having lost both eyes, he has lived his life fighting against others in a dungeon until he died. What kind of secret did he take to his death? And how is it that he opened his eyes to find that not only was he not dead… but he was able to see? Let’s find out. Open your eyes and level up!