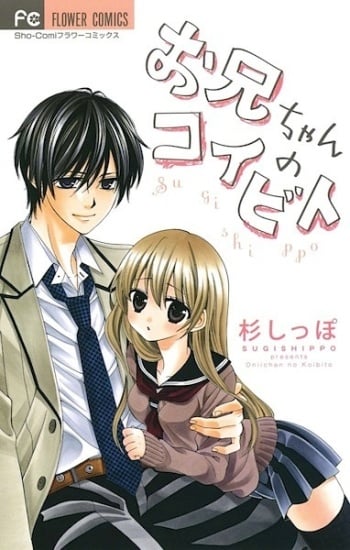 Eri was being harrassed on the streets by her ex-boyfriend Yuji. Out of nowhere, Kei came to her rescue but then he suddenly forced her to kiss him!! Ever since that day, Eri has not been able to forget that passionate kiss. One day, Eri met Kei again at her workplace. Unknowingly, Eri fell in love with him...!!

Ariko is being confessed to by a cute boy named Yukinari. He is adorable and earnest, but Ariko turns him down. Why? He is a transfer student, and he's only been there for ten days! He obviously doesn't know her well, and it's obvious when he mentions how small and cute she is. She is just the opposite. She can beat up people bigger than her, and she isn't afraid to defend people getting bullied. Despite that,he thinks she's great! How can a normal boy like him match up with such a strong girl?

Ritsu is a normal high school girl, who everyone thinks is cold. One day, she met a weird looking guy by chance, who turns out to be the new transfer student...but for what reason is he there? And why is it that she can't help but care for him?

After transfering from an elite girls school, Haru, by her expression and manner, is seen by many as an 'Ojou-sama'. But in truth Haru really is a countryside chick with a fierce attitude! Though she tries not be discovered, she is seen in an unlikely situation by none other but a classmate, Nagase! Thinking she is done for she tries to ‘beat’ her way out of the situation but instead Nagase…?!

I've always, always longed for this. Fancy gossip with friends. And my first love. The girl who thinks this, Ayumu, met the sparkling boy Kanata. When she sees him, her heart beats fast and her chest feels tight. These feelings... is that love?

Since her parents are a little bit slow, Matsuda Erika (or Eri for short) has taught herself to be independent and extremely reliable. Moreover, she devotes herself to taking care of those around her—even if some of her classmates find her behaviour overbearing and annoying. One day, a strange new transfer student is introduced to her class. This boy speaks in choppy sentences, has little to no facial expressions, and goes by the name Nokina Kaname. Instantly, Eri feels compelled to take care of this martian-like new boy in her class.

Saki has just entered high school. She has gone to particular lengths to be sure she’s transferred to a school where nobody knows her. Why? Her brother is a well-known delinquent.Saki’s determined to have a regular high school life without her brother’s reputation raining in her parade. This would probably happen easily if Saki didn’t have a scary face and mean-looking eyes. How is she supposed to make friends!? And what about her classmate, Toro, who seems to know her past…!?

Sarashina Tsumugi is a new transfer student who is thrilled to finally be able to go to the school her mother graduated from. It's still summer break, but Tsumugi arrives at the school early for an assembly. Almost immediately after setting foot on campus, she encounters two guys and a girl arguing apparently fighting over a ring. The girl is trying to break up the argument, but her actions don’t help much. In the scuffle, the ring goes flying through the air and lands down Tsumugi’s uniform blouse! One of the guys pounces on Tsumugi, tearing her blouse open while chasing after the ring!

For the sake of medical treatment for her younger sister, Natsume ending up moving from her home to Shikoku. In a place where no one knows her, she'll make her high school debut as a "cool beauty"! ...This determined Natsume is approached by the wild child-like Yudai saying, "enter my team"?? Eeh!!? What do you mean by team!!?